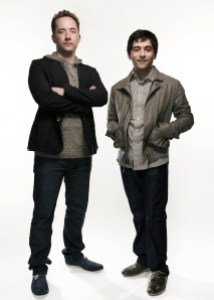 [Update: We’ve just heard from a close source close to the investor syndicate on the pending round, and he said it’s not true the founders are getting a majority of the round. He would not specify details.]

Cloud storage service Dropbox could be using the “vast majority” of the funds raised in a new $200-$300 million round to provide liquidity  to the company’s founders, according to a source familiar with the funding.

That would mean the founders would be personally pocketing a huge pile of cash, well before any public offering provided liquidity to other investors or to employees.

This kind of deal, in which founders get cash in exchange for their stock, is increasingly common, especially in late-stage investment rounds. Investors justify the move as a way to keep them managing aggressively, by removing some of their personal risk.

However, it’s a trend that has grown conspicuously in recent years, after once being extremely rare. You could argue that giving founders cash early on removes the fire in the founder’s belly. Content with cash, and more eager to spend it on homes and on a more balanced life-style, they may not want to keep driving the company as aggressively.

The dollar amounts behind recent founder liquidity rounds are becoming uncommonly high. For example, in January 2011, Groupon raised $950 million; a round in which existing shareholders received $344 million in cash. The regulatory filing does not provide details on who gets how much. Then, in June 2011, Groupon filed to go public with a massive offering of $750 million. Groupon shareholders were given a chance to sell up to 15% of their holdings via this offering. That could have been a peace offering from management for shareholders upset by Groupon’s denial of Google’s earlier $6 billion buyout offer.

Dropbox doesn’t comment on rumors or speculation, according to its internal public relations team. We’ve reached out for comment from the company’s investors, and are waiting to hear back.

Dropbox was founded in 2007 by Drew Houston and Arash Ferdowsi (pictured) and has received $7.1 million total funding from Y Combinator, Accel Partners, Sequoia and others. (Update: That includes a seed round of $1.2 million in convertible debt from Sequoia and Amidzad Partners, which has also invested in VentureBeat.)

TechCrunch broke the news about the funding, and also reported that the company has collected term sheets from VCs that made bids in an investment auction. One of those offers could make Dropbox’s valuation $10 billion post-money. Yes, billion. Dropbox was previously valued at just $7 million. And yes, if the valuation crept that high, and interest was that competitive, it’s no doubt that investors offered sweet terms to the founders in order to get into the deal.

Founders can achieve liquidity through a sale or merger, IPO or by selling shares on the secondary market to an investor. This last scenario is typically done for working capital purposes (i.e. the company was bootstrapped and the founder has taken on personal debt) and there isn’t typically an economic benefit or cost to the company.

The problem with founder liquidity is it doesn’t help a company grow. It is traditionally used in mature, profitable companies when it is the only way for a new investor to gain an ownership stake. A move like this may be especially hard for employees and other management shareholders to swallow during bad economic periods. It isn’t something to be taken lightly.