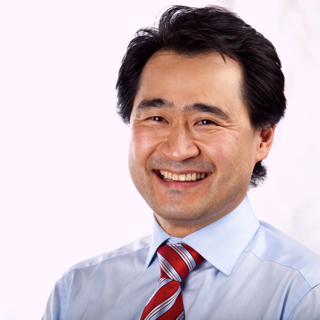 Can you build a billion-dollar business without venture capital?

Jorn Lyseggen thinks he can. He’s the founder and CEO of Meltwater Group, a major player in marketing intelligence services.

I spoke at a Meltwater event recently, and got to know a bit about the company. I was intrigued by the company’s unusual strategy and its unique sense of corporate culture, so I decided to find out more.

Meltwater got its start with Meltwater News, a media monitoring service that scans hundreds of thousands of news sources and delivers summaries and alerts to its clients based on what they’re looking for. It has since added services for monitoring and engaging with customers on social networks, creating and managing PR lists, search engine optimization and others. The company delivers its products as a service, making it one of many SaaS (software-as-a-service) companies.

The company is 10 years old, and has been almost entirely self-funded. Lyseggen started the company in Oslo with $15,000 of his own money and has been growing it through revenues ever since. The company now employs 900 people, is headquartered in San Francisco and will post $114 million in revenues in 2011, Lyseggen told me recently.

Lyseggen himself is a bit of an unusual character: A Korean-born adoptee with a ready smile, he grew up on a farm in Norway and speaks with a Norwegian accent. He enjoys salmon fishing in his hometown fjords and reading Viking sagas, according to his company’s website, but he also knows how to work a crowd and has obviously inspired his workforce with a charismatic vision of what Meltwater’s culture is all about.

Meltwater has never taken venture capital. That makes it an anomaly among tech firms in Silicon Valley. If Lyseggen succeeds in reaching a billion dollars in revenues, he’ll have done something very few have accomplished. SAS Institute, HP and Best Buy appear to be the only modern tech companies to have reached this milestone unaided by VC investments.

Lyseggen has ignored other Silicon Valley maxims, such as the primacy of engineers and the desire to build a large, impressive headquarters. And the company hasn’t been as widely covered as rivals such as social media-monitoring service Radian6 (acquired by Salesforce.com earlier in 2011), recently-public Jive Software and Google News (whose “alerts” serve some of the same purposes).

“I think we’re a nonentity in many ways. We’ve just been doing what we’re doing,” said Lyseggen. “I believe in focus.”

For Lyseggen, that focus meant building a distribution network first. A veteran of three startups, he says his initial goal was to build software that could easily be sold, enabling him to keep his team super-small.

It didn’t work out. Lyseggen learned quickly that successful sales depended on having local sales operations, so he oriented his company around that mandate and started hiring local sales forces. The company now has 57 offices worldwide, each one with a relatively small number of people.

“Distribution at the end of the day trumps technology,” Lyseggen said.

The small local offices enable another key aspect of Meltwater’s culture: The emphasis on leadership. With small, relatively autonomous teams, there are plenty of opportunities for people in each location to learn how to make decisions and take charge, whether that’s deciding what color to paint the walls, which furniture to buy at Ikea, or what the best marketing strategy is for recruiting new customers in the area.

His conviction that leadership is important runs deep. Lyseggen said that most of what he spent the first five or six years doing was recruiting. For that period, he interviewed every single candidate. (So did many other Meltwater staffers, as the interview process is an intensive two-day audition that involves talking with lots of people and working on group projects with other candidates.) He estimates that he’s done about 3,000 face-to-face interviews. Only 5 to 10 percent made the cut.

Once the company built out its distribution network, Meltwater started developing or acquiring additional products for its portfolio.

But how can a small company whose major business is essentially a high-end clipping service aspire to a billion dollars in revenue? Lyseggen thinks it’s by following a larger trend: The imperative for companies to get savvy about collecting and analyzing data from the outside world.

Companies like Oracle, SAP, Microsoft and IBM have gotten huge by giving their customers tools to manage data “inside the firewall,” through databases and applications built on top of that data. Now, Lyseggen believes, it’s time to build a comparable stack of data and applications based on intelligence about the wider world.

“In the last 15 years there’s been an explosion of information outside the firewall,” Lyseggen said. The need to manage that data will give rise to many billion-dollar businesses.

Managing that data can be helpful for recruiting, marketing, sales development, but also for product development, by giving companies better information about what potential customers want. And it’s not just big companies that need this kind of information. Lyseggen likes to tell the story of a small Norwegian window installation company that is a customer of Meltwater, which it uses to monitor local news sources for news about robberies and break-ins. It then visits each location to see if they need any broken windows replaced.

Ultimately, Lyseggen told me, he thinks that in the next five years, CEOs of every company will demand dashboards that give them knowledge of their customers and potential customers, just as they now demand dashboards showing the state of their internal business processes. Building those tools will take a lot of time and effort, but will also create an enormous amount of opportunity.

“This is food for generations of scientists and engineers,” Lyseggen said.