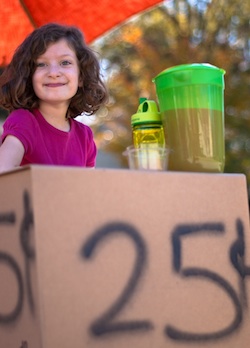 Much of what happens at a startup happens out of sight of journalists and their readers.

It’s not the stuff of compelling reading, either. Running a business involves a vast amount of logistical work, stuff that has to be learned step by step if you don’t already know how to do it.

You don’t find this out in business school. The only way to learn it is by doing it. That’s why, if you’ve got a killer business idea, you should go out and do it.

You don’t find this out by being a journalist, either. Back in the dot-com era, another writer and I got together, decided we had a pretty good grasp on this digital publishing thing, and started a company.

We probably did have a good idea. Our plan was to write and syndicate how-to content like tips and tricks, starting with tech products and then expanding into other categories. We figured we’d sell advertising, and syndicate our content to sites that needed to make themselves stickier, like e-commerce sites. A better-funded competitor, eHow, went on to dominate the how-to category before getting acquired. It’s still around. Meanwhile, syndication turned out to be a decent model for making money from content. We were just 10 years too early.

At least, that’s what I like to tell people. In reality, we had a great idea but no clue how to execute it. Despite great advice from more experienced business people and investors, we were good at the writing and editing business but not so hot at the generating-revenue and organizing-a-team business.

Things you wouldn’t ordinarily think twice about, like incorporating and taking care of our (nearly nonexistent) finances took up a huge amount of time, as we realized that we were out of our depth. We then spent too long talking with lawyers and accountants who cost way too much. Eventually, we realized we didn’t really need such heavy-duty firepower helping us, but by then we had spent thousands on them.

We were convinced we needed to raise a lot of money, and quickly, so we could “get big fast” and then figure out our revenue model. In reality, that was exactly backwards: For our kind of business, we should have stayed small, kept the company simple, built a product that we understood and could sell, and then grown the business once we had some idea what we were doing.

Eventually, we ran into one too many roadblocks (including the dot-com bust) and wound the company down. We didn’t make ourselves or our investors rich, but we did return more than half of what they’d invested to them — which is more than you can say about Pets.com or Boo.com.

But here’s the thing: I think our experience is typical of many, many startups. Unless you’ve been through a startup at its earliest stages before, you have no idea what kinds of unexpected, and possibly stupid, things you’re going to have to deal with. Do you need desks? How is your team going to communicate: on ICQ, AIM, Yammer or something else? Should you incorporate or form some kind of simpler partnership? What happens when a customer asks for an invoice? How do you handle it when one of the cofounders refuses to bathe and smells terrible? (Just to be clear, that last example comes from Walter Isaacson’s biography of Steve Jobs, not from my experience.)

One of the advantages that entrepreneurs have today is that, thanks to cloud technologies like Amazon EC2 and S3, it’s easier than ever to build a prototype, get a website up and running, and start testing your business with real customers.

It’s also easier, thanks to the examples of companies like Craigslist and 37signals, to ignore the received wisdom about “getting big fast” and raising venture capital. If you haven’t read Rework, the 2010 book by the founders of 37signals, check it out — it’s an excellent book with lots of practical advice for people in regular jobs as well as startups.

But one thing remains the same: Starting a company is a risk. Doing that when you’ve got kids, a mortgage or other obligations is a lot more challenging than it is when you’re in college, or just out of school.

In my case, the entrepreneurial thing to do would have been to learn from my failures and jump straight into another startup. Silicon Valley is full of repeat failures, and one of the strengths of the area is that failing in business is not stigmatized, as long as you learn from your experience. With kids on the way, I didn’t have enough flexibility, so I went back to the lucrative, stable world of journalism. (Ha!)

So if you’ve got an idea for a company — or want to work at a startup, like our new columnist Julia Plevin — do it before you’ve incurred a lot of other responsibilities.

“You can’t build a world-changing company in between classes or while servicing six figures of debt,” the president of the Thiel Foundation said this week, when announcing the foundation’s plan to give $100,000 “un-scholarships” to 20 people under 20 years of age. The scholarships are meant to help students with good ideas so they can drop out of college and work on their business.

I think that’s a great idea — and the Thiel Foundation is right. Whether you can get an un-scholarship or not: Do it now.