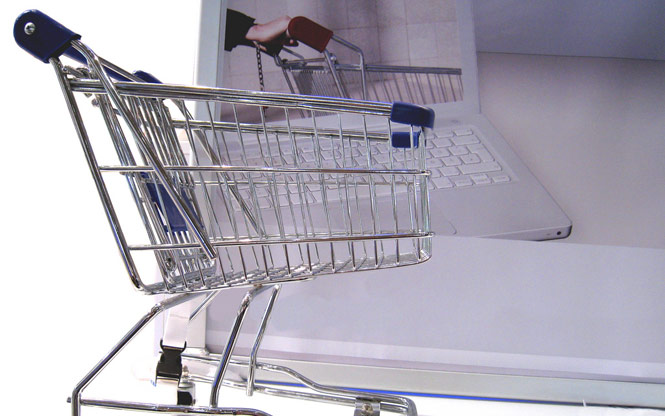 Whatever happened to faster servers, better networks, and improved usability?

E-commerce sites are slower today than they were two years ago, according to a study of 2000 top websites by StrangeLoop Networks. And perhaps even more shocking, Google’s Chrome browser is slower, apparently, than Microsoft’s much-maligned Internet Explorer.

“I hear a lot of people say that their site loads in a second,” says Joshua Bixby. “Sure, in your office, over your fat pipes. But not for real users.”

Joshua Bixby is the CEO of Strangeloop Networks, the site acceleration company. Strangeloop has been testing the Alexa top 2000 e-commerce sites since 2010, and the results are not what you’d expect. 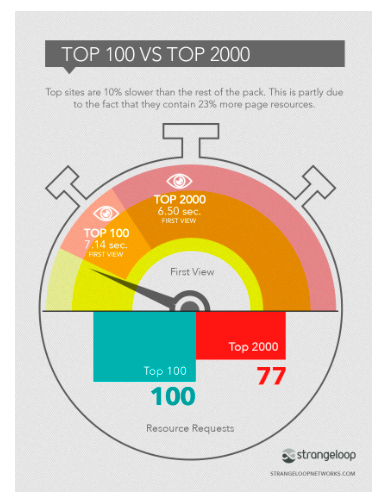 Above: Somewhat perversely, the more popular a site is, the more resources it has, the slower it is

Year over year, sites are slower by almost 10 percent. Interestingly, the most popular sites — the Alexa top 100 sites in retail — are slower than the average top 2000 site.

One major reason? The more complex pages that modern sites are pumping out are defeating the faster internet connections that households are springing for.

“We’re seeing way more complex pages,” Bixby told me. “The problem on a modern page is Javascript … people are trying to do things on browsers that used to only be available in desktop applications.”

The other major problem is that most sites are not built and delivered from a single server. Rather, they use as many as seven or eight third-party services for logging, for reviews, for social features, and more … each of which comes from a different server from a different company. And if one of them is slow, so is your site.

The other interesting stat Strangeloop found is that Chrome — usually considered one of the top performing browsers — is eight percent slower than Microsoft’s Internet Explorer 10.

“This is a hard one for me because I’m a dedicated Chrome user … and I’m still using Chrome,” said Bixby. “But benchmarks don’t tell us the whole story — as a user you never parse through 50,000 lines of Javascript.”

Bixby says that the speed test show that Microsoft still has great teams of smart people, and when they focus on something, they usually do it well.

One question I had: What about Amazon? And what about those top sites that are actually slower than many of the smaller sites?

Bixby speculated that Amazon is an outlier, just as it has been considered for many years in terms of usability, and that other sites cannot get away with similar behavior. And, he said, speed always leads to good things from users.