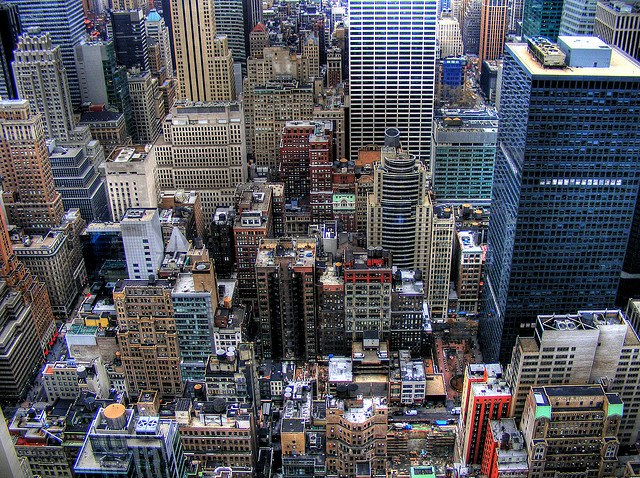 Silicon Valley has been a hotbed for entrepreneurship and innovation for the last four decades. It’s packed with big thinkers, highly talented engineers, and VCs who swing for the fences. Combined, this Silicon Valley beehive of entrepreneurs, developers, and investors has been brilliant at identifying, funding, and starting the next big idea. While most of the headlines paint dismal pictures of the economy, this venture market is alive and thriving once again.

In 2011 alone, Silicon Valley companies received $11.6 billion in investments. However, that figure only represents a third of all U.S.-based venture investment. In 2011, more than $30 billion of capital was deployed, a record since 2001. This clearly indicates that Silicon Valley was not the only place where entrepreneurs received funding to start and grow their businesses.

In fact, the Northeast and Mid-Atlantic are stealthily becoming destinations for startups and early growth-stage companies to raise funds. It is a region that is being sought out by entrepreneurs (both West Coast and East Coast) for its unique commercialization environment — a great compliment to the big-idea environment in Silicon Valley.

The pros and cons of location are often bandied about in arguments of East Coast versus West Coast. But choosing a location doesn’t need to be an either/or proposition. By creating a bi-coastal strategy, a company can have the best of both worlds and encode its DNA with the West Coast’s big ideas and the East Coast’s focus on commercialization.

The Northeast corridor is to commercialization what Silicon Valley is to engineers. If you’re going to sell something to a business, you’re likely going to travel to the Northeast. Within a 300-mile radius exist some of the most important industries of the 21st century, which represent target customers for aspiring business-oriented startups:

Venture firms in the Northeast corridor have a deep Rolodex of customers, as well as access to engineers that have had to harden and scale technologies in line with some of the most challenging vertical scenarios our next generation of entrepreneurs faces. However, because of the need to face these commercialization realities every day, East Coast venture firms have tended to be more conservative than their West Coast brethren.

East Coast firms were known for focusing more on B and C Rounds, established customer bases, income statements, balance sheets, and cash flows. As a result, many early-stage companies felt they were disqualified from the start and that this “established” culture was stacked against them.

But over the past few years, as the cost of starting companies has dropped and innovation has sprung up from every direction — especially in the commercialization corridor, a vibrant community of seed- and early-stage companies — investors have sprung up to support these ideas on the East Coast in the form of organized angel groups, incubators, venture funds, and strategic “innovation/venture” groups (i.e. Comcast Venture, Moody’s Ventures, SAP Ventures, etc.).

Simply put, funding for all stages is now available on both the East Coast and West Coast. Smart entrepreneurs recognize this and are seeking the best of both coasts by actively selecting firms on opposite coasts from their existing investors. Even the new tech establishment firms are adopting a bi-coastal strategy — Facebook, Twitter, and Skype, to name a few, have opened offices in New York City.

It’s clearly no longer a question of, “Should I raise capital from an East Coast firm or a West Coast firm?” It’s more a question of how an entrepreneur can benefit from the culture, resources, and contacts of both. Mixing big ideas, talent, customers, and funding has always been a recipe for success. The technology opportunity has never been greater for entrepreneurs and now the funding opportunities are there to match. East Coast or West Coast, it’s a great time to be an entrepreneur!

Philip D. Moyer is Vice President and Managing Director, Safeguard Scientifics. With more than 25 years of experience as a serial entrepreneur, Phil brings significant operational and deal experience, and is responsible for sourcing opportunities in financial technology and Enterprise 3.0. He blogs at the Safeguard company blog.