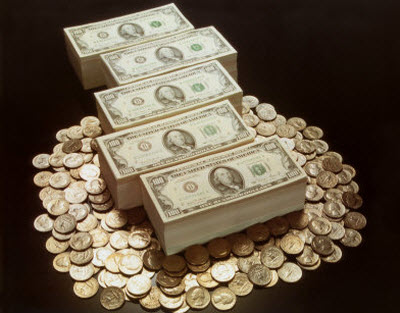 Can you feel the froth? Investment in U.S. venture-backed companies rose 35 percent in the first quarter, according to a report by Dow Jones VentureSource. Venture firms invested $6.4 billion into 661 deals in the U.S. during the quarter.

The increased activity is consistent with the buzz in the tech industry about an overall recovery, an increase in optimism, and a faster pace for innovation among startups. There is considerable discussion about whether we’re seeing a bubble in tech investing, with a major story on the topic every week or so. The Wall Street Journal ran its latest bubble piece on Tuesday, with the headline, “In Silicon Valley, investors are jockeying like its 1999.

The debate is about whether there’s a comeback, with a recovery that is just beginning, or a bubble that is getting ready to burst.

The median amount raised in the first quarter was $5 million for a round of funding, up from $4.4 million a year earlier and on part with the 2009 median.

“Large deals for capital-intense industries — such as renewable energy, healthcare and information technology — drove the investment increase in the first quarter,” said Jessica Canning, global research director for Dow Jones VentureSource, in a statement. “Venture capitalists, however, were not the only investors giving venture-backed companies sizable cash infusions. With acquisition prices on the rise, corporations are more inclined to invest, and they funded three of the 10 largest deals confirmed during the quarter.”

Corporations were the source of $448 million of the $6.4 billion raised by venture-backed startups. Business and financial services companies raised $935 million in 125 deals, 17 percent more capital and 21 percent more deals than a year earlier.

Ad technologies and services companies — which raised $306 million in 43 deals — accounted for the largest proportion of deals in the business and financial services segment.

Consumer services companies raised $1.2 billion for 106 deals in the recent quarter. That was more than double the $517 million raised for 102 deals during the same period last year.

The consumer information services sector — which includes social media, gaming and online shopping companies — raised $875 million in 81 deals. That was triple the amount raised during the same period a year ago; the number of deals only increased 7 percent, which means the amount per deal was way up at $10.8 million, far above average. A handful of large rounds accounted for the big increase, said Scott Austin, editor of Dow Jones VentureWire. For consumer companies overall, the median amount raised is $4 million, which is less than half of the median round size during the dot-com bubble in 2000.