Founded out of Munich in 2011, eGym’s platform constitutes both hardware and software. The company builds fully connected electronic strength machines, in addition to mobile apps for tracking fitness metrics and the overarching eGym One cloud platform that draws on data from connected machines, wearables, apps, and other gadgets.

Indeed, this is a key facet of eGym’s offering — though it does offer its own equipment, its cloud-based platform is “gym supplier agnostic,” as the company puts it. It works with the likes of Life Fitness, Precor, and Matrix Fitness machines.

Prior to now, eGym had raised $60 million in equity funding and around $28 million in debt funding. With another $20 million in the bank, it said that it plans to expedite its international expansion “aggressively” with a particular focus on the U.S. and the corporate health market. 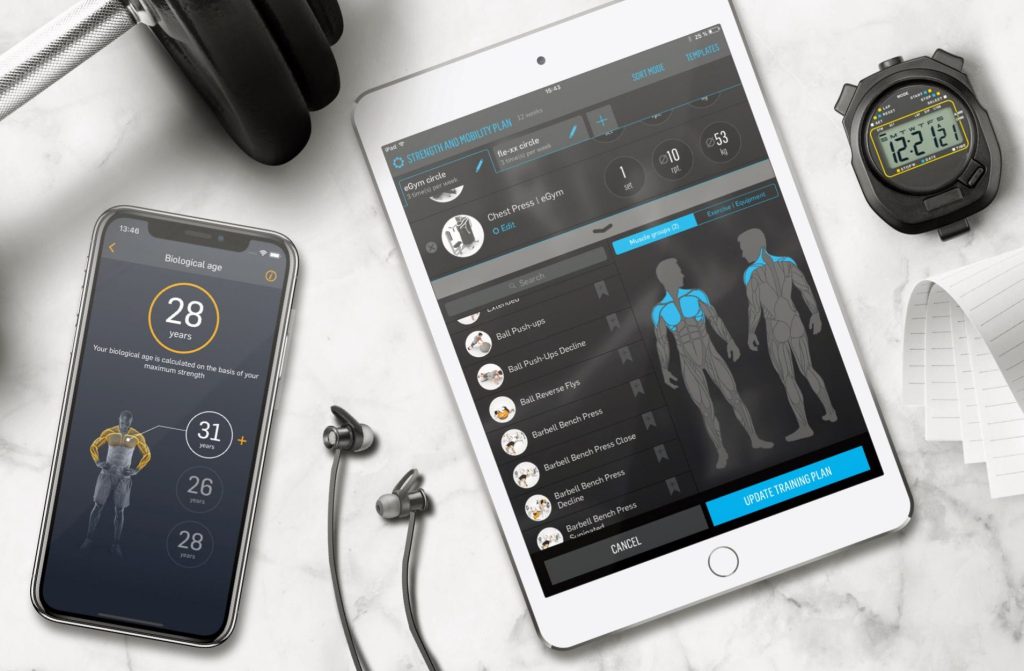 The global health club industry is estimated to be worth around $83 billion annually, according to the International Health, Racquet & Sportsclub Association (IHRSA), with the U.S. representing around a third of the market in terms of both revenue and number of memberships.

This massive market has led to some major fundraises in the past few months alone, with the likes of New York-based Peloton recently closing a chunky $550 million round of funding to grow its connected fitness machines, while Mirror raised a further $25 million and launched its $1,495 connected mirror for virtual fitness classes. Elsewhere, Germany-based yoga startup Asana Rebel raised $17.4 million.

Though eGym will be focusing heavily on U.S. expansion, the company already claims some big customers there, including Fit Republic, which partnered with eGym recently. eGym is now well-financed to support its growth there.

It’s worth noting here that NGP Capital has previously invested in several digital health startups, including a San Francisco startup called Netpulse that provides fitness facilities with their own customized apps — which eGym acquired last year. As part of that acquisition, eGym offered NGP Capital the opportunity to invest in itself, an offer that NGP has now taken it up on.

So this was more of a strategic investment from eGym’s perspective than a direct need for cash. Indeed, eGym hopes to leverage NGP Capital’s knowledge of the U.S. digital health market.

“The U.S. is by far the largest market for eGym, and we need to be there,” said eGym cofounder and CEO Philipp Roesch-Schlanderer. “Working with NGP Capital, we now have a knowledgeable digital health investor with an extensive U.S. network to help guide our global expansion efforts. Our vision is big because we want to solve two problems that we believe are interlinked: Healthcare costs are skyrocketing and the gym fails often to deliver outcomes.”