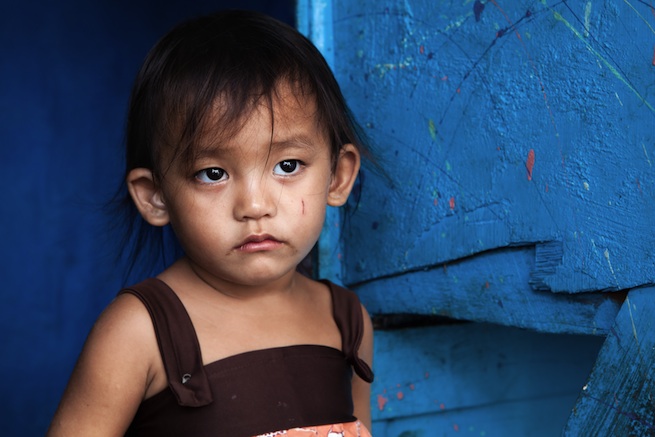 The startup, which caught the eye of YC’s outspoken founder Paul Graham, is helping impoverished people pay their medical bills through small donations. Graham explained in a post this morning that he saw “revolutionary potential” in the idea in just 30 seconds after perusing a discussion on Hacker News.

“They were a hit with HN [Hacker News] users and raised a significant amount of money,” Graham wrote.

Watsi is a nonprofit, so Y Combinator will make a charitable donation instead of an investment.

Founder Chase Adam revealed in an interview with NBC News that he built the site in his spare time. In 2010, the former Peace Corps volunteer was passing through a town in Costa Rica called Watsi when a woman in tattered clothing boarded a bus and asked for donations for her son’s medical treatment. On the company’s website, Adam described his “epiphany,” and the subsequent formation of the site.

“If I could somehow connect this woman with my friends and family back home, she would have the money to pay for her son’s medical treatment within the day.”

Adam and a small team of developers were inspired to create a startup that would connect a beneficiary in need of medical treatment to potential donors. Donors can view profiles — primarily young children — to inspire a personal connection, and can give as little as $5. Pictures and summaries (see below) are provided by the startup’s health care partners in third world countries.

According to Graham, 100 percent of the donations directly fund medical treatments, and there are no administrative costs. However, this may change as the startup scales out its operations. 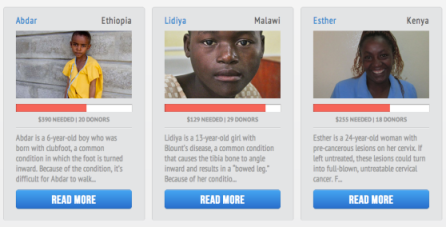