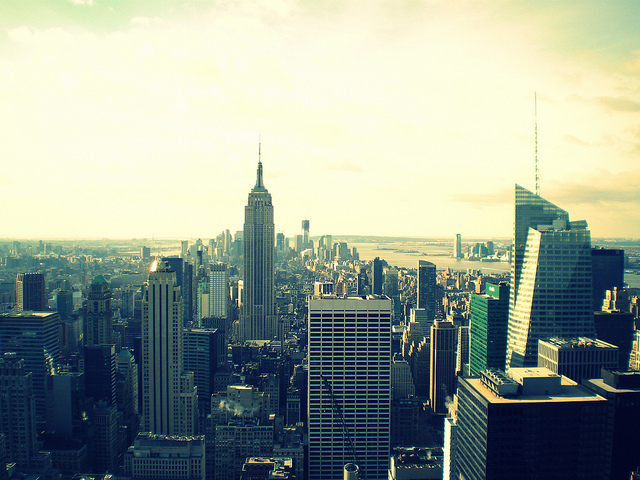 There were two pretty incredible tech events in New York this Tuesday. I only managed to score an invite to one of them, the Lerer Ventures CEO summit at Citi Field. The other was Union Square Ventures more exclusive Hacking Society get together, which luckily was live streamed. It’s worth taking a look at these two gatherings to get a sense of where the Silicon Alley scene is at right now and how the most powerful players in the East Coast tech world are thinking about the future.

Lerer Venture’s CEO summit brought together the heads of all the Lerer Ventures portfolio companies, along with a number of bankers, investors and journalists. There were panels and demonstrations. The aim was to strengthen the Lerer network through an exchange ideas and best practices. How do you fire someone who’s not working out? What’s the best way to keep a company culture intact as you scale past 100 employees? Will the Mets ever win another World Series?

Hacking Society was a gathering of 40 investors, entrepreneurs and thinkers (mainly academics). They were there to discuss big ideas. How the economics of networks might help solve challenging social and economic problems. How incumbents use their influence over the current policy process to stave off competition from networks. Define a proactive, network-friendly “Freedom to Innovate” policy agenda and examine how “net native” policy advocacy works and how it can be harnessed to promote a positive agenda as well as overthrow bad policy and bad regimes.

Both events were impressive in their own way. Lerer Ventures is only a little over two years old, yet they have a broad portfolio of over 106 companies that have created over 1700 jobs, mostly in New York. Politicians have noticed. Mayor Bloomberg made a special appearance at the event and even fielded questions from the founders on how best to run their startups. A number of the CEOs I chatted with praised Lerer’s network, which now provides in house PR, design and community support to its portfolio companies. Disruption was a theme, to be sure, with Brian Bedol, the veteran TV executive behind Bedrocket and Planet Daily, giving a stirring speech about the changes that were coming to the television industry.

Over at Union Square, the talk was also about disruption, but at a much larger scale. As Fred Wilson wrote today, investing in web companies has been the smartest, most capital efficient strategy for VCs over the last decade. But on a personal level, he believes capital needs to flow elsewhere. “Where has USV invested our investors’ capital for the past eight years? It’s not even a contest. Internet and mobile wins hands down. But internet and mobile will not and can not solve all of society’s problems. We need new medical approaches to preventing and/or curing disease. We need new scientific approaches to generating, storing, and being more efficient with energy. Maybe we need more space exploration. Maybe we need more undersea exploration.”

USV’s Hacking Society was largely concerned with how the powerful networks built on the web, many of which are in its portfolio (Twitter, Tumblr, Kickstarter, etc) can be used to effect politics and societies at scale. Wilson and his co-founder Brad Burnham were two of the earliest and loudest opponents of SOPA. Its no surprise that Alexis Ohanian of Reddit was at the Hacking Society event. This is a group interested not just in altering business as usual, but in how these new networks might change the world.

A sampling of tweets from the event:

RT @JPBarlow: All entrepreneurs want a free market when they enter and don’t want one after they win. – Luigi Zingales #hacksociety

As a young tech journalist, it was quite the confluence of events, a powerful reminder that disruption is more than just a buzzword in Silicon Alley. There is a still a ways to go, after all both events were populated by a majority of white, well-educated men. But it truly seems possible that New York will catch California in the production of innovative companies that fundamentally alter the status quo both here and around the globe.