Silicon Valley gets a deservedly bad rap for its attitudes toward women in tech and for their lack of representation among startups and venture capital firms.

It turns out, Europe’s startup aren’t much better. Even more problematic, it seems, is that European entrepreneurs think they’re doing a great job with gender balance, which means they are oblivious to reality.

That is one of the conclusions from the sweeping “State of European Tech 2017” report released today by Atomico at the Slush tech conference in Helsinki, Finland. Recognizing and addressing this profound gender balance is one of the key challenges Europe’s tech ecosystem must overcome if it’s going to continue its momentum, according to the report’s author, Tom Wehmeier, a partner and head of research at Atomico.

“It’s clear that for tech in Europe, like everywhere, there is a serious imbalance between men and women,” he said. 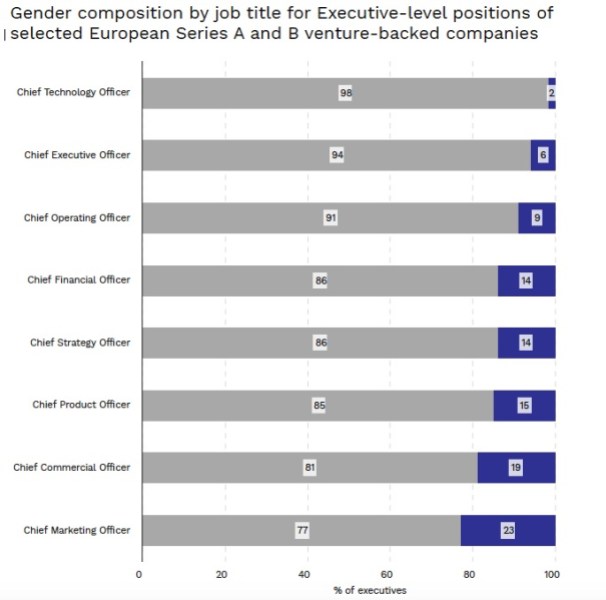 Oddly, European entrepreneurs, both men and women, seem to think things are great. According to an Atomico survey, 60 percent of women and 52 percent of men agreed that “gender diversity is positively reflected in employee composition” at their companies. That’s a very different dynamic than in the U.S., where surveys tend to show that more than 80 percent of men think they’re crushing it when it comes to gender balance, but only around 20 percent of women would agree.