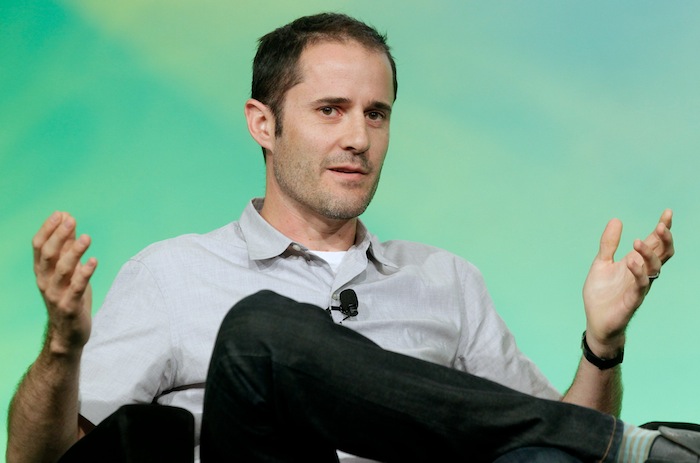 SANTA CLARA, Calif. — Evan Williams has started a company or two in his day. You may have heard of a little one called Twitter.

As he goes off into his next startup — Medium — he has a little advice to pass on to the startups getting their footing today.

“Every time you start a company — and I’ve started five or six — you have the opportunity to screw up in whole new ways,” he told the audience at the DEMO Conference. “I tried to be a ski bum when I stepped away from Twitter, and I wasn’t a very good skier.”

He talked about how when Blogger took a downturn, he laid off his staff, and had to hitch rides down to Santa Clara to take care of his small data center. The servers, he said, were duct-taped, and sometimes, just to keep the website alive, he slept in the cold server room.

One thing he’s learned from starting Blogger, Odeo, Twitter, and now Obvious Corp.: The more you’ve done, the smarter you are, and the bigger risks you can take.

“I think when you’re just starting out you have little choice but to succeed through persistence and luck. I like to think of the world as a sort of a casino, except the house doesn’t have the advantage. If you’re smart, you have an advantage,” Williams said. “It behooves you to place a lot of bets … as you get better you can make bigger bets.”

As you take your bets, Williams also highly suggests entrepreneurs create a business that they want to see in the world. You’ll have a different vision of how the product will work because you’d use it yourself.

“I think you should build things for yourself,” he said. “I mistrust anyone … if they’re saying, ‘Well, that market wants this,’ and you’re not part of that market.”

Williams is working on his Obvious Corp., an incubator of sorts, as well as a publishing-industry startup Medium. In order to become an Obvious Corp. company or get an investment, your company must inspire the team, regardless of whether they invest in you.

“It needs to be something that we’d be happy that it succeeded even if we weren’t involved, but we think we can make a difference if we are involved,” said Williams.

For the time being Medium is not yet fully functional, but you can visit the website for a sneak peek of what the team is doing. Williams says they are still filling in some missing pieces and will open up fully in the next few months.