As many as 78 percent of American workers live paycheck to paycheck, according to a study conducted by CareerBuilder last year. That’s more than 170 million people without the safety net of more than a few weeks’ pay, if that, meaning that budgeting is a required skill for many.

Against this backdrop, Walmart — the world’s largest private employer, with more than 2 million “associates” — partnered with a duo of fintech startups last year to bring financial planning tools and early wage access to its employees. One of those was Even, a mobile app that integrates with your bank account to show you how much money you can safely spend at any given time. 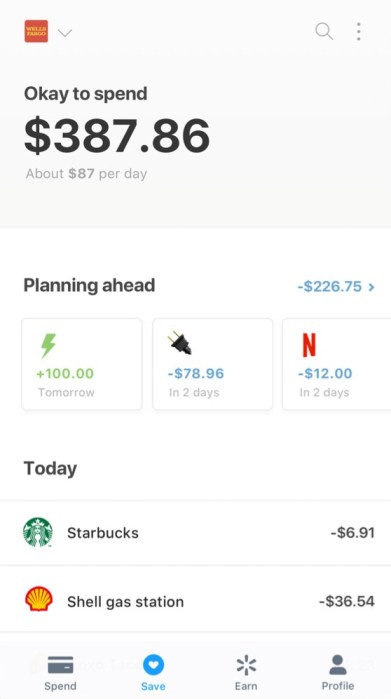 Above: Even: Okay to spend?

Using a feature called Instapay, Even also allows Walmart staff to withdraw a portion of their earnings early, before their official paycheck arrives. To be clear, this only covers money that they’ve already earned through work — it isn’t a loan, as such. It just plugs the gap between an urgent expense and the time a paycheck is normally deposited. 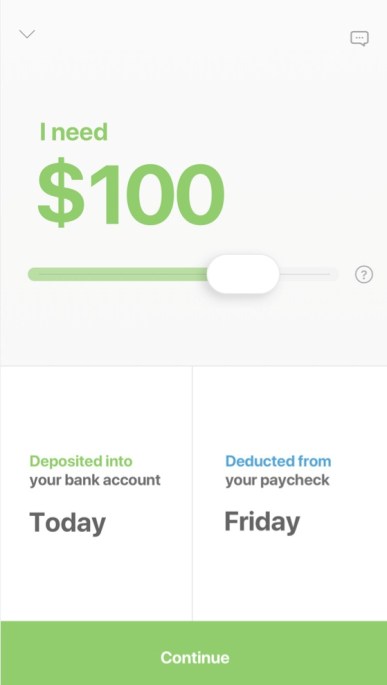 Founded out of Oakland, California in 2014, Even has previously raised $12 million in funding. But off the back of its Walmart success, which it said has led to signups from 200,000 (15 percent) of Walmart’s 1.4 million U.S.-based employees, it has now raised a further $40 million in financing from Khosla Ventures, with participation from Peter Thiel’s Valar Ventures, Allen & Company, Harrison Metal, SV Angel, Silicon Valley Bank, and Bull City Venture Partners (BCVP), among others.

It appears Even’s main competitors here, from an Instapay perspective at least, are traditional lending services such as banks and credit cards, as well as the payday loans that are popular fixes for short-term cash flow woes. But payday loan fees can be astronomical, and legislation is in the works to curb these kinds of high-interest short-term loans. Signing deals with corporations such as Walmart, Even says, lets the employer cover all the fees and charges on behalf of the employees, as a perk, and the service costs less than a Netflix subscription per person.

“Americans [are] to lose $240 billion every year to predatory financial services like credit cards, overdraft fees, and payday loans,” noted Even CEO Jon Schlossberg. “In contrast, Even’s business model is set up so we only profit when our customers do. We charge a flat, predictable monthly subscription, like Netflix. In exchange, our members get a new set of financial services, built from the ground up to fit into busy people’s lives, so they actually use them — to spend smarter, avoid debt, and save money. If people see value in those services and keep using them, we profit; if they don’t, we don’t.”

Walmart is the first, and currently only, such corporate partnership Even has, though anyone is able to download the company’s mobile app and integrate it with their bank account to access the budgeting features. In terms of other corporate deals that could be in the pipeline, however, a spokesperson told VentureBeat “… there has been significant interest from other Fortune 500 companies.” This was a key driver of Even’s latest funding round, according to the company.

With another $40 million in the bank, Even said it plans to expand its operations, including doubling its workforce and opening a new corporate U.S. office on the East Coast.