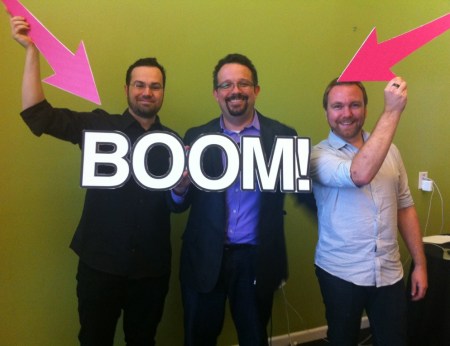 Skitch, which was originally produced by acclaimed developer company Plasq, lets you add visual annotations to photos and images. Those images can then either be saved to a computer or uploaded to the company’s online service.

“It is the app I probably use most often other than Evernote,” Libin told VentureBeat. He added that pretty much everyone in the company uses it, too. “It’s almost like we take it for granted. Skitch is such a natural… primal way to communicate.”

It currently retails for $20 in the Mac App store, but Libin said it will eventually become free and a fundamental part of Evernote going forward.

“This is going to be the best way to make Skitch as massive as we really want it to be,” said Skitch CEO Cris Pearson about the acquisition.

Libin also announced the launch of a Skitch app for Android, which is currently available for free (today only). Both iPad and iPhone versions are also in the works, with more devices planned to launch in the future.

The Mountain View, California-based company is planning to acquire additional properties in the future. Evernote recently raised $50 million in funding from Sequoia Capital and others for the purpose of acquisitions and expansion. 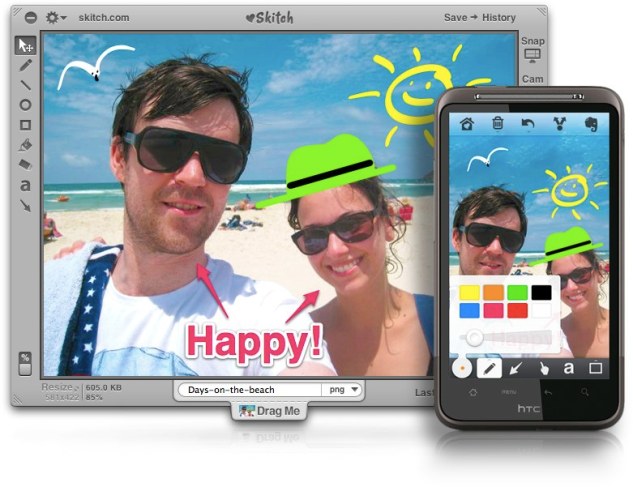