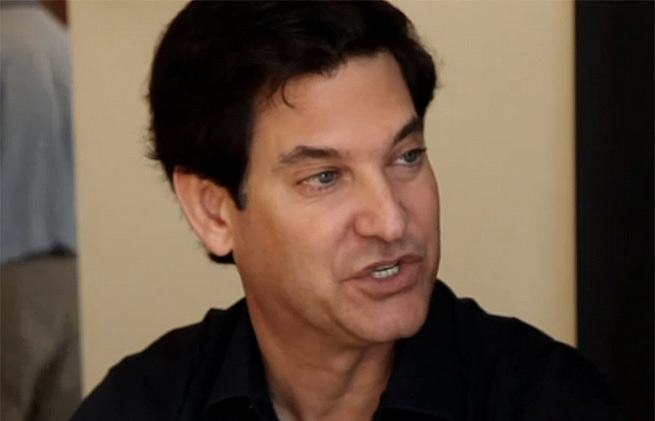 Only a dozen or so really big names have led the venture capital industry consistently over the past decade. Jim Breyer of Accel Partners is one of them.

This weekend, Breyer, who sits on Facebook’s board, was the subject of a sharply written piece by New York Times finance writer Gretchen Morgenson. She documents how four of the five public companies where Breyer serves on the board are experiencing “high-profile problems.” The four problem companies are Facebook, Dell, Walmart, and News Corp (the fifth, non-problem company, is Brightcove).

In the case of Facebook, the company is now facing a string of lawsuits from irate investors who claim Facebook misled them about its financial prospects at the initial public offering. Breyer, as we noted in our story last week, sits at the middle of that: Just days before the IPO, he decided to more than double the shares he sold at a high IPO price — only to see other, less knowledgeable investors suffer once they bought the stock. Breyer looks to have netted more than $100 million in the IPO, and that’s independently of the wins his firm Accel enjoyed.

He’s a hot investor, but “as a director, his star quickly fades,” Morgenson notes.

I’m a big fan of most of Morgenson’s reporting, and her piece on Breyer is well-timed because it focuses a light on problems that have occurred at big public companies where more board attention could have played a role in preventing them. The Walmart case, in particular, is an example of where the board appeared asleep at the wheel. Morgenson dings Breyer for that, and notes among other things that his attendance at Dell’s board meetings has been lackluster.

Having interviewed Breyer several times, and followed him for some time, however, I think the story begs some context. Breyer is indeed an incredibly savvy investor. He’s brought Accel to the top tier of VC firms. He’s also personally been the No. 1 technology investor for two-years running among technology investors, according to Forbes’ Midas List. (Keep in mind that lots of people gripe about the list’s methodology, in part out of envy: The list is generally considered the best one out there.) List or no list, Breyer has consistently done very well.

Amusingly, back in 2005, my posting about Accel’s investment in Facebook brought a comment from a reader saying it was “second tier investment, by a second tier firm.” Facebook turned out, of course, to be one of the best investments of all time. More than that, Breyer was prescient to see that Facebook was worth coddling; he played aggressive during the investment negotiations, making sure Accel invested alone. He fended off other suitors such as the Washington Post, allowing Accel to get a huge chunk of Facebook early on. As a result, Accel became one of the biggest beneficiaries at the IPO. True, it was Kevin Efrusy, another partner at Accel who first discovered Facebook as a junior partner at the time and took the deal to Breyer, but it’s clear Breyer exhibited very good leadership on the deal.

Breyer’s strengths are that he’s well-spoken and thinks big. Somehow I got on to his list of friends, because every year during the holiday season he sends me a book, and the books are inevitably inspirational — they have some sort of lesson for entrepreneurs. One year, for example, it was Intel co-founder Andrew Grove’s book “Swimming Across: A Memoir.” Breyer gravitates to powerful entrepreneurs and cultures, and that explains why he’s partial to companies — Dell, Facebook, Walmart, News Corp. — started by strong people and boasting strong cultures.

Morgenson points out that all these companies have structures that are either controlled by founders with large stock holdings or have dual classes of stock, giving one call of share more voting power, and that this has gotten Breyer in trouble, because directors in these companies arguably have a tougher time keeping management accountable. That’s an interesting insight, and she may on to something there.

There’s no doubt that Breyer’s kind of big thinking has helped in many cases. It certainly has at Facebook, where Breyer must have been a steady voice of support for Zuckerberg in the early days. Remember, Yahoo tried to buy Facebook for $1 billion — a huge sum of money at the time. Zuckerberg rightfully turned it down, believing Facebook would be bigger. (See my story about Israel, where I talked with another entrepreneur who chose Accel as an investor because the firm thinks big.) There’s also no doubt that Breyer’s activity on the big boards can bring value — in terms of insights, partnership deals, etc. — to private companies where he is active.

Finally, it makes sense that his savvy in the area of new technology — including his obvious ability to see huge trends like that of social networking — can help the bigger companies too. When he joined the board of Dell in 2009, at a time when that company was trying to reinvent itself, Breyer’s addition made sense. And it was logical that Walmart would recruit a guy like Breyer to help it figure out its online strategy. Keep in mind that Breyer played a key role in this all the way at the beginning, something Morgenson’s piece doesn’t mention.

But while Breyer’s time is well spent on startup boards, like Facebook’s when it was smaller, it’s a different matter when it comes to spending time on big public company boards. It takes a large personal time commitment. If most of your energy is invested in furthering the interests of the private companies in your venture firm’s porfolio, you’re inevitably going to be stretched thin when it comes to playing a proactive role on those public boards in normal times, not to mention when the companies are in crisis.

If you look around at the other big names in venture capital, you’ll see that few of them are actively involved on so many big boards. And the ones that are may be regretting it. Marc Andreessen, of Andreessen Horowitz, is on the board of PayPal and HP. Andreessen joined HP’s board in 2009, and shortly thereafter all hell broke loose. CEO Mark Hurd left amid a cloud, and since then the company has gone through two CEO changes and it just announced it plans to lay off 27,000 people.

At least eBay has been relatively steady since Andreessen took over.

John Doerr, of Kleiner Perkins, has pared back on his public boards, but he’s still on the board of Google. If you look around, few other big-name venture capitalists have multiple big public company board commitments.

I reached out to Breyer for comment, but haven’t heard back. My guess is that Breyer may be rethinking his strategy on serving on public boards, and it’s probably a good thing. He doesn’t need the hassle; and most of the big companies right now could use more hands-on attention in return.