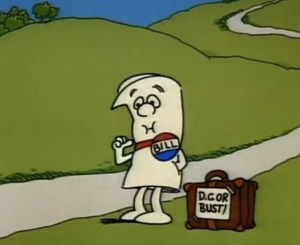 On November 3, the U.S. House of Representatives passed H.R. 2930 (the “Entrepreneur Access to Capital Act”), a crowdfunding bill that will allow startups to offer and sell securities via crowdfunding sites like Kickstarter, as well as social networking sites such as Facebook and Twitter.

As I discussed in my post, “FAQ: What the new U.S. crowdfunding bill means for entrepreneurs,” this change could be huge for startups and lifts certain securities law prohibitions that have been on the books since the 1930s.

Since I wrote that post, I have received numerous emails and phone calls with questions regarding the House bill. Here are some of the more commonly asked questions and my answers. Leave any additional queries or thoughts in the comments.

Has the House bill been signed into law?

No, not yet. First the U.S. Senate must pass a crowdfunding bill. Then the House bill and the Senate bill must be reconciled in conference. The White House supports the House bill; thus, upon reconciliation, it will presumably be signed into law by President Obama.

Has a crowdfunding bill been introduced in the Senate?

Yes, on November 2nd Senator Scott Brown of Massachusetts introduced S.1791 (the “Democratizing Access to Capital Act of 2011”), which was referred to the Committee on Banking, Housing, and Urban Affairs. A hearing was held by such committee on December 1 with respect to a number of pieces of capital formation legislation, including crowdfunding.

Are there any differences between the House bill and the Senate bill?

Yes, there are four significant differences:

Has there been any pushback to crowdfunding?

Yes, the North American Securities Administrators Association (NASAA), a trade group for state regulators, has been lobbying very hard against the House Bill to prevent the preemption of State law and to reduce the maximum investment amount per investor. As NASAA President Jack Herstein wrote in a letter to House members: “Any effort to remove or weaken the up-front registration and disclosure process should not happen without adequate alternative safeguards….H.R. 2930 will create an exemption that will expose many more American families to potentially catastrophic financial harm.”

What should startups do?

Until the crowdfunding bill becomes law, startups should avoid selling stock or other securities via crowdfunding sites or social networking sites. Why? Because such sales are in violation of applicable securities laws and thus could lead to severe consequences, including a right of rescission for the stockholders (i.e., the right to get their money back, plus interest), injunctive relief, fines and penalties and possible criminal prosecution

For example, as a recent Wall Street Journal article pointed out, the crowdfunding site ProFounder “drew scrutiny from California securities regulators and was recently forced to abandon its original mission of providing online sales of equity stakes in small businesses.” Indeed, in August, the California Department of Corporations issued a formal consent order against ProFounder to “desist and refrain” from engaging in securities transactions without registering as a “broker dealer.”

Any companies that raised funds via Profounder now run the risk of having violated applicable federal and state securities laws by utilizing an unregistered broker-dealer.

Image via Schoolhouse Rock’s “How a Bill Becomes a Law“