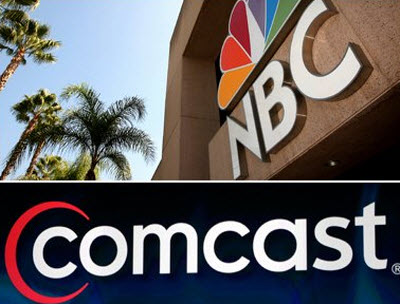 The Federal Communications Commission is set to approve the merger of cable TV company Comcast with NBC Universal, clearing the way for the mega-merger to become a reality.

Julius Genachowski, chairman of the FCC, issued a draft order approving the merger on the condition that the combined company play fair with rivals. The approval is contingent on Comcast-NBC agreeing to share shows with competing cable and satellite TV providers. It would also ensure that competing content networks can get their programs on Comcast’s platform.

If completed, the merger would join the largest provider of broadband internet services with a giant in the TV, movie and broadcast station businesses. The deal is still subject to review by the Justice Department, which will assess whether the deal passes antitrust laws. The Justice Department hasn’t commented on the status of the review of whether the deal would hurt competition in the emerging video space.

The concern is that the merged company would use its power to strong-arm program providers and partners who do business with the company. The Justice Department attached similar restrictions on what Ticketmaster could do after it merged with Live Nation.

Public interest groups say they would be concerned if Comcast-NBC withheld NBC shows and movies from internet video platforms such as Netflix and Apple TV. The draft order from the FCC chairman will go before other commissioners. The reviews are expected to be completed in January.