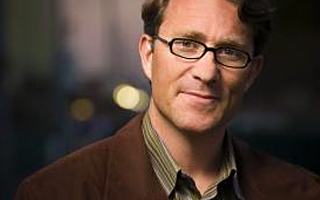 Lijit focuses on creating tools for online publishers. The company offers advertising services, audience analytics and reader engagement tools, in particular. This focus makes it a perfect fit for Federated Media, which itself was launched with the goal of giving independent online publishers a business model.

The acquisition will bring the number of Federated Media’s publisher relationships to 77,000 online publishers and around 15,000 expert communities.

The terms of the deal were not disclosed, but both the Lijit team and its investors are thrilled with the sale.

“This transaction is a great outcome for Lijit, its employees and shareholders,” said Seth Levine, managing director at Foundry Group, a serial investor in Lijit, in a release. “While the details of the transaction itself weren’t released, this acquisition ranks among the most significant outcomes for the region in the past 10 years,” he said.

Lijit CEO Todd Vernon said the startup has received a lot of support locally since the acquisition was announced. “Boulder is super collegiate with regards to startups and the community wants to see everyone have their 15 minutes,” he said to VentureBeat in an email. “I have been inundated with positive feedback about the deal.”

As for the terms of the deal itself, Vernon told us, “No one is cashing out. In fact, I only wanted to the do the deal if it was stock because I’m so excited about where the combined company is going.”

The Lijit team will be a wholly owned subsidiary of Federated Media. It will keep its Boulder offices and will hire between 30 and 40 new employees in the area. After the hiring is finished, Lijit will be one of the largest businesses in downtown Boulder, Vernon said.

Federated was founded in 2005 by Battelle (pictured). Last year, the company went on something of an acquisition spree, snapping up startups like TextDigger, BigTent and FoodBuzz during the second half of the year.

Lijit started in 2006 in Vernon’s basement. It has taken a total of $28.3 million in funding in five institutional rounds.