Real estate may not be the sexiest industry, technologically speaking, but it sure does generate capital. Brendan Wallace and Brad Greiwe are tackling this sleeping giant by making multi-stage investments in real estate technology through their VC firm, Fifth Wall Ventures. The firm came out of stealth mode today and announced the close of its first fund, worth $212 million.

The thirty-something year old managing partners have considerable experience in the sector — working in the real estate branches of The Blackstone Group, Goldman Sachs, and UBS and founding startups that include Identified, which was acquired by Workday, and Invitation Homes, which recently exited on the public markets.

Both Wallace and Greiwe saw an opportunity in real estate investments, especially after the 2008 crash. “The world changed,” said Wallace, in an interview with VentureBeat. “And we didn’t really see any focused VC funds in this sector.” Enter Fifth Wall Ventures — the name alludes to the fifth “disruptive” wall the firm provides in addition to the four physical walls of a building. 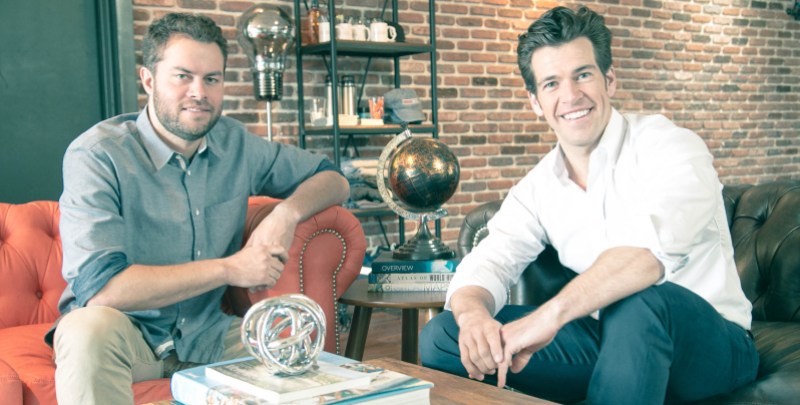 Founded in 2016, the Los Angeles-based firm has made seven investments to date, worth $60 million. Deals include b8ta, Clutter, Notarize, and Opendoor. Both Wallace and Greiwe believe their edge lies in their inverse approach to investing. “Most firms adopt a bottom-up strategy, looking at startups and speculating on their success,” said Greiwe. “We use a top-down approach by talking to the largest incumbents in real estate and discussing what technologies they would adopt.”

The founders chose to enlist some real estate owners as limited partners (LPs). These include individuals from CBRE, Equity Residential, Lennar, Macerich, and Prologis. When asked if they are collaborating with any Trump-related businesses, the founders were clear: “He’s not that big of an owner in real estate. We’ve chosen larger owners of real assets.”

They admit, however, that President Trump’s announcement about wanting to spend money rebuilding the U.S.’s physical infrastructure is interesting for them in terms of being able to influence what that infrastructure would look like.

With Snapchat’s recent success, Los Angeles seems to be welcoming a new wave of startups and VC funds. Wallace argues that not only is there an interesting VC scene taking shape in LA, it’s also a strategic hub for real estate. “Silicon Valley had a near monopoly on innovation 10 years ago,” said Wallace. “Today, however, innovation is happening everywhere.”