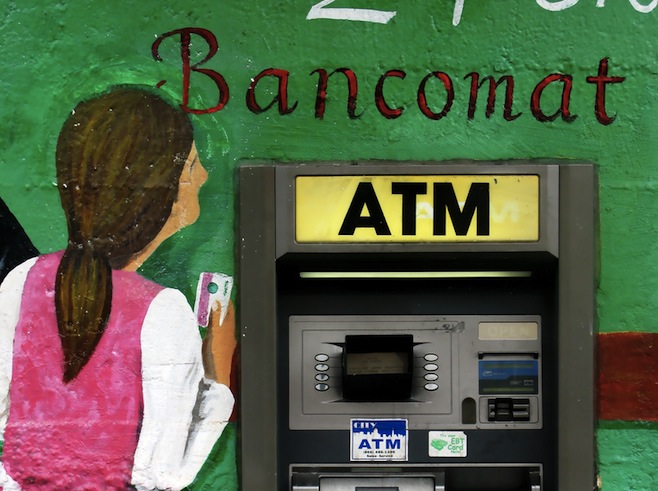 The venture-backed financial services industry continues to evolve and grow at a rapid pace as investors continue to fuel industry change. There are several recent VC investment trends in financial services, including trying to capitalize on the social media phenomenon, as well as online services that help later-stage start-ups gain liquidity outside the sometimes difficult IPO process and market.

Presque, Maine-based MiCash raised $1.7 million in capital in an undisclosed 2008 round of funding for its smart cards, which can be used to make bank ATM withdrawals, as well as make electronic cash purchases across a growing network of retailers.

Personal Finance: Washington, D.C.-based HelloWallet raised $3.6 million in a 2010 Series A funding round. The company provides an online financial advisory service that includes money and investment management, as well as a financial products and services comparison shopping engine.

Chicago’s YCharts combines financial markets data and proprietary, high-end company and stock market analytics with graphical data visualization that aims to provide online investors and traders with sophisticated, in-depth investing tools that are intuitively easy to use. The company followed up a 2010 Series A round of funding with a Series B round in 2011.

Financial services startups are rapidly incorporating social media and networking into online financial services, as well as continuing to try to enhance the quantity, quality, presentation and ease of use of company and financial market data, research and analytics.

On the infrastructure side, efforts to expand smart card e-payments systems and networks and integrate them with enterprise systems are ongoing. VCs are showing interest in start-ups that have developed online comparison shopping systems for financial products and services, while mobile banking systems are continuing to emerge.

Most recently, with the passage of the JOBS Act, the crowdfunding potential of early-stage startups received a significant boost. While there is significant disagreement among knowledgeable observers about the potential effects on the technology startup ecosystem from this legislation, it is likely that startups requiring smaller amounts of money (less than $1 million), with easily understandable business plans and shorter time frames to achieve market traction, will benefit most from these new sources of capital.

After a dip in activity during 2009 as a result of the severe recession, the number of financial services companies receiving venture capital funding has increased dramatically. 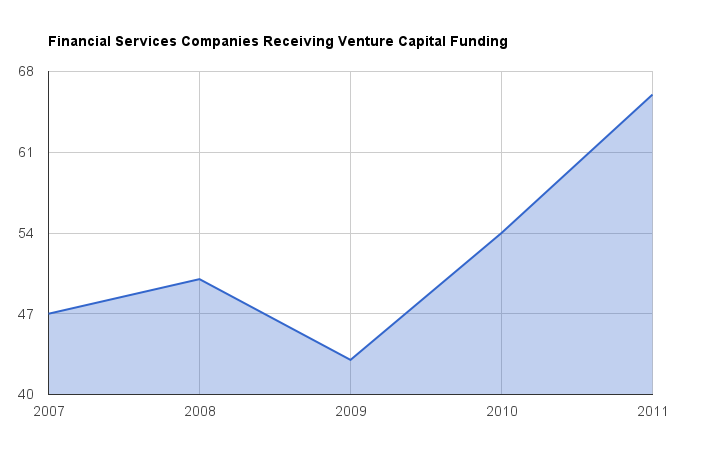 California and the mid-Atlantic regions have accounted for the lion’s share (54.9%) of companies funded. Surprisingly, the Northeast, despite its concentration of large financial firms, only accounted for 10.9%. 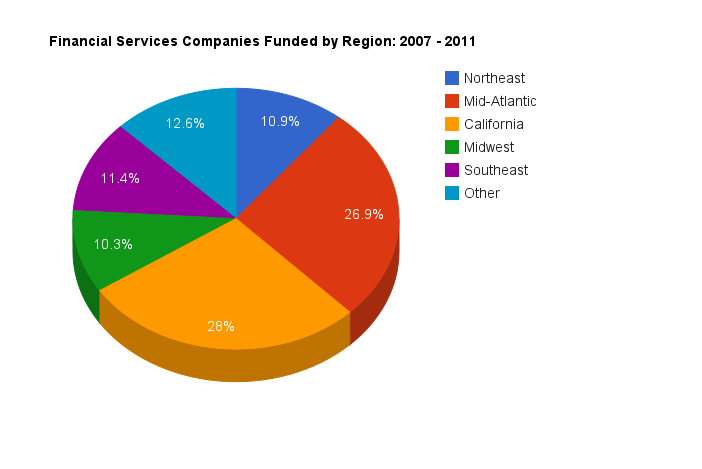 Aggregate funding amounts dropped in 2011, even as the number of companies funded rose significantly. 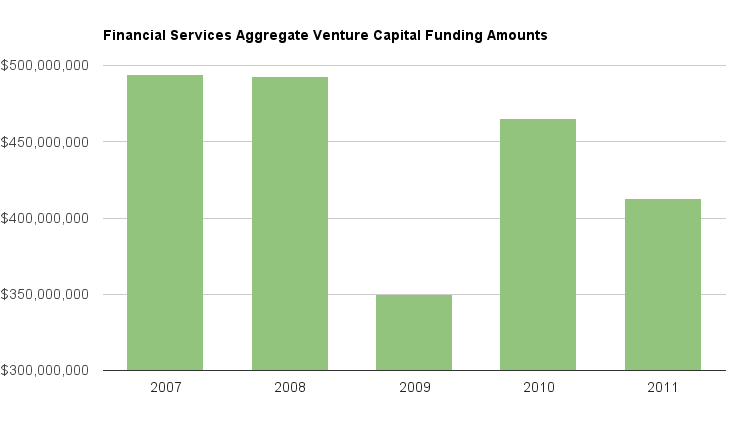 VC investments in an increasingly broad and diverse online financial services industry held up well even in the midst of the 2008-2009 recession and near collapse of the U.S. financial system. Deal numbers hit a five-year peak in 2011. The total dollar amount invested however, even though it has averaged well over $400 million over the past two years, has yet to reach the levels seen in 2007 and 2008.