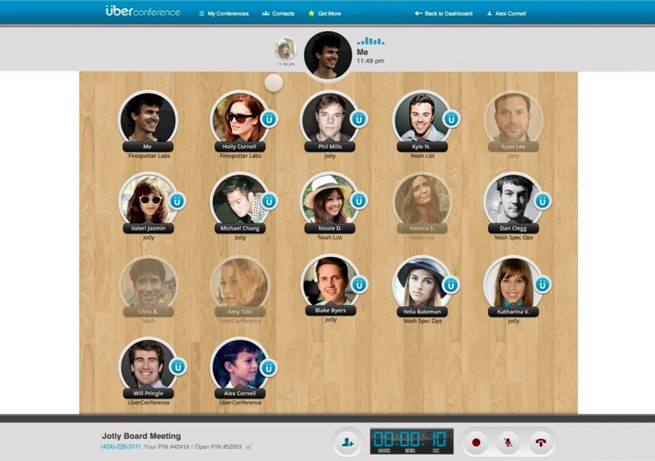 Firespotter Labs, the creator of services including UberConference and Jotly, has raised $15 million in its second round of funding, the company announced today.

The company’s UberConference service promises to reinvent the conference call and it won the top award at TechCrunch Disrupt NY 2012. While Firespotter has other services, the new funds will mostly be targeted at UberConference, which is spearheaded by Google Voice creator Craig Walker.

“Craig is an accomplished serial entrepreneur in the communications industry, and he and his team are uniquely positioned to build the next generation of communications services,” said just-named Firespotter board member (and former CEO of Sling Media) Blake Krikorian, in a statement. “The communications space is changing dramatically and we’re excited to be working with Firespotter to usher in those changes.”

The new round of funding was led by Andreessen Horowitz, with participation from prior investor Google Ventures. In total, the company has raised $18 million.

Check out videos for UberConference below: