An app that fights your parking tickets for you. What’ll they think of next?

The San Francisco-based company, Fixed, with an app of the same name, asks only that you take out your iPhone and snap a pic of your parking ticket. Then the company checks for errors on the ticket, and sends an letter of contest on your behalf to the city. 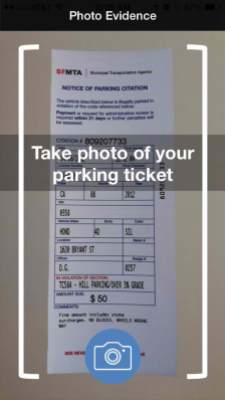 In San Francisco 35,000 users have already signed up for the app, the company says.

Fixed manages to overturn 20 to 30 percent of the tickets it contests, depending on the type of violation.

If Fixed is able to scale up its service successfully in San Francisco, it says, it will launch next in Los Angeles, Chicago, and New York. The company hopes to launch service in the top 100 cities within the next two years.