Cameras are standard in smartphones these days, but they’re still incredibly limited when compared to the average DSLR.

Light, a startup developing multi-lens cameras for smartphones, wants to raise our expectations. The company announced today that it took in $25 million in funding to bring DSLR camera qualities to our phones.

The round was led by prior investor Formation 8, and the firm’s advisor Pierre Lamond will be welcomed to Light’s board. The series B round will allow the company to start seeing some revenue by next year, when it expects to have its products on the market.

“The fundraising is to take us from a working prototype to commercially shipping the product,” said Light’s cofounder and CEO Dave Grannan.

You may say that external lenses in the market already help picture quality, but Grannan claims about Light’s technology, “It’s not similar to the things that you’ve seen.” 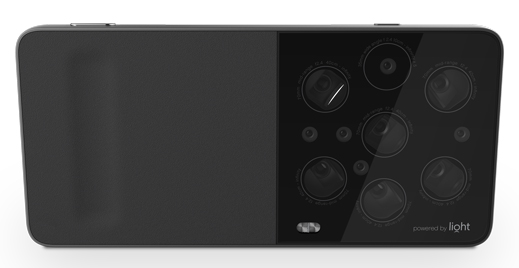 The multiple lenses are embedded on the back of the phone, and they take multiple images simultaneously. Software examines those images’ lighting conditions and distance of the object to give its users better pictures. Also, the multilayer technology allows the user to get something unheard of in a smartphone: crisp, sharp, optical-zoomed images and videos.

Since the camera is built in, this could be a game changer for smartphone makers. A better camera for less money than a separate add-on might help device sales avoid the failure to meet expectations.

The startup partnered with Foxconn last year, giving the manufacturer the rights to sell the technology. 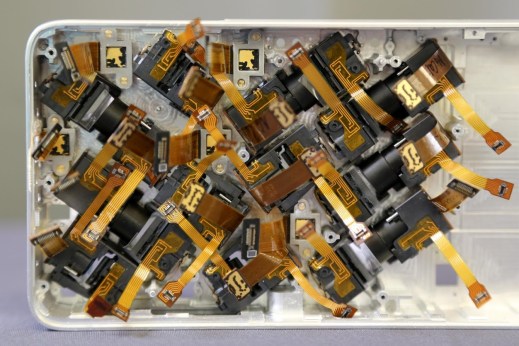 As of right now Android smartphones will be the first to hit the market with the Light cameras, probably by mid-2016. Grannan said he does not know which brands would be adopting the technology, but he said that they are holding conversations with prospective partners. Specific product announcements could be disclosed as early as the end of this year.

“We are certainly open on working with other players. We are open of working with all players that can create a working channel,” said the CEO when VentureBeat asked him if he would move towards a partnership with a smartphone giant like Apple.

Despite the high risks associated with hardware startups, the company has found support for both rounds via Formation 8’s hardware fund.

Light has raised at least $35 million to date, $10 million of which comes from a series A last year that helped the company develop a prototype.