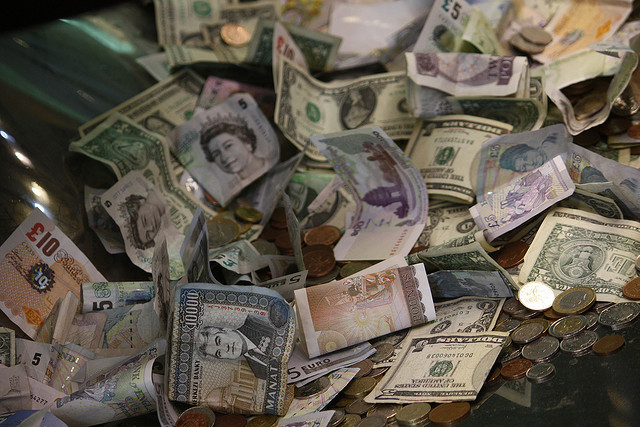 Since its launch three weeks ago, Funders Club has raised over $1 million for startups.

Funders Club is a platform where accredited investors can access an inventory of vetted, early-stage companies. The startups publish comprehensive profiles on the site, along with a fundraising goal. Members have the opportunity to make small, equity investments in companies that appeal to them.

Essentially, Funders Club sets up an individual venture capital fund for each startup. Once the goal is reached, the money is bundled together and given to the company with Funders Club listed as the shareholder. If and when a liquidation event occurs, Funders Club will take the returns and distribute them to the investors in the fund.

By aggregating smaller checks into one and representing all the contributors as one entity, Funders Club eliminates one of the concerns with equity-based crowdfunding: an over-crowded capitalization table.

Generally, angel investors and venture firms do not make large numbers of small investments. The process of finding and meeting with startups is time-consuming, as is dealing with the paperwork. Furthermore, smaller investments do not generally offer desirable terms, so while investors may want to diversify their portfolios, the reality of doing so may not seem worthwhile.

Entrepreneur Sheel Mohnot made his first ever angel investment on Funders Club. After his startup was acquired by Groupon, Mohnot found himself in a financial position to give money to early-stage companies but without the bandwidth to do so.

“I’ve been wanting to do angel investing in the past, but there is a lot of pain involved,” he said.  “Sourcing deals is frustrating as an individual and the paperwork can be daunting. I don’t have the time or money to do a ton of due diligence. Funders Club enables me to do something I have always wanted to do. Literally in 10 minutes, I can make an investment. It is democratizing angel rounds.”

By assuming the responsibility of bringing companies onto the platform and building a full infrastructure, complete with legal documents, payment processing, and communication tools, Funders Club makes this process simpler.

On the other side, participating entrepreneurs are connected to a wide network of investors. They can find venture capital money without having to make pitch after pitch, take meeting after meeting, and anxiously await commitments.

Right now, five startups are on the platform, all currently participating in Y Combinator. Funders Club itself was the first company to achieve its goal, with almost $520,000 committed through the site. Video advertising site Virool has also surpassed its goal, with $287, 301 in the bank and climbing.

Three other companies are still open for investment. With Y Combinator’s Demo Day happening in under a week, traditionally followed by a barrage of investor interest, Funder’s Club provides an advance opportunity for those who won’t be present at the exclusive event to put in their 2 cents (or 2,000. or 200,000).

In the few weeks since the site went live, investors from 25 different countries have signed up. It seems people from around the world are fighting for a piece of the tech startup pie.

Already more than 1,000 members are on the site with a combined net worth of over a billion dollars. In order to become a member, investors must confirm that their income surpasses $200,000 a year or that they have a net worth over $1 million. Investments can be as small as $1,000.

The day after Demo Day is the day the SEC will pass a ruling on the JOBS Act. Although the JOBS Act was signed into law on April 5, the SEC still needs to rule on some of the regulatory implications. The SEC’s approval, if it comes, will remove some of the restrictions placed on companies who are fundraising, making it easier for them to solicit investment.

I spoke with Steve Graham, a mergers and acquisitions and IPO lawyer at Fenwick & West LLP about the prohibition against general solicitation.

“Right now private companies cannot solicit investment publicly,” he said. “They have to show a prior connection to their investors. When the SEC implements the new rules, small entrepreneurs will be able to go ahead and solicit publicly.”

While it is against the law for a company to publicly announce that it is fundraising, exactly what constitutes “public” is vague, and it seems every lawyer, entrepreneur, policymaker, and venture capitalist has their own opinion.

Funders Club is a private network with an accreditation wall, and the names of the companies raising on the site are not public information. According to the site, the JOBS Act legislation does not actually impact its activities at all, since it only targets accredited investors and uses the same structure as angels groups or VC funds.

In essence, it is putting an offline process that has been legal for decades online.

There is clearly a great deal of excitement on both the investor and the entrepreneur sides for the floodgates of equity-based crowdfunding and general solicitation to open. Even though Funders Club does not engage in either of these activities, it will be ahead of the curve as the possibilities continue to unfold.

For now, the team is content to be “changing the way the world fundraises and invests,” one accredited investor at a time.