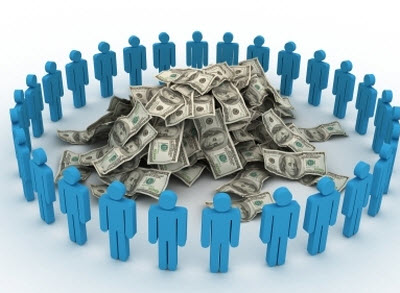 It’s not just the United States that’s getting into crowdfunding for startups. UK-based Funding Circle has raised a $16 million second round of funding to facilitate crowd investments for startups from anyone, not just accredited investors.

Under the recently passed JOBS Act, also know as the crowdfunding bill, startups in America will be able to get funding from anyone, whether its random strangers, friends, or parents. But before crowdfunding was first uttered in the U.S. Congress, people across the pond were crowd investing money into startups with Funding Circle.

Since the company’s founding in 2009, it’s lent £28 million ($45 million) to small business in the UK. Funding Circle now boasts that it handles £1 million ($1.6 million) per week in investments. The company runs small businesses through risk and credit evaluations, and only “established businesses” are eligible to receive funding. Investors choose which business they want to invest in, negotiate how much interest they’ll be paid, and spread their total funding out to lower the risk that a single company will lose them large amounts of money. Funding Circle is the go-between to make sure the businesses get their money and the investors are paid back.

For now, the company serves only UK-based businesses, but it may make its way across the Atlantic if and when the JOBS Act is signed into law. Stateside, the company would compete with WeFund and MicroVentures, two crowd investing companies that sprung up before the crowdfunding bill went before Congress.

Index Ventures and US-based Union Square Ventures led the round, which will be used to grow the company. Funding Circle getting money from USV could be strategic move that may eventually grow the business into the United States.

Funding Circle is based in London and was founded in 2009. The company has raised a total of £13.2 million ($21 million) in funding.