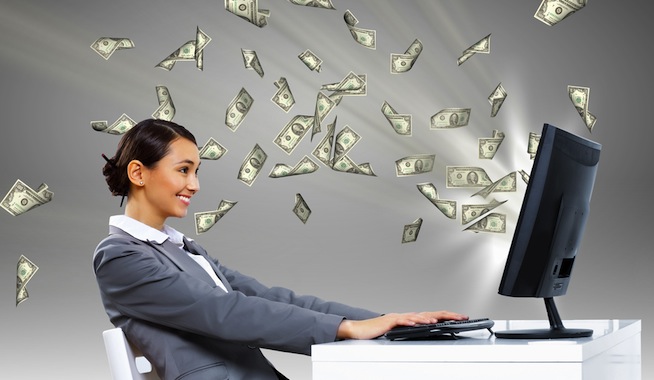 It’s been a busy day for startup funding. We’ve got a plethora of stories for you today, from mobile analytics and Google Apps security, to web programming and a website for movie fanatics. Send funding news our way to tips@venturebeat.com

Drawbridge announced a $6.5 million investment today. The company wants to make mobile ads as sophisticated and targeted as their desktop counterparts. Prominent firms Kleiner Perkins Caufield & Byers and Sequoia Capital led the round.

Coupa gets money for its expense reports

Mere months after closing a $12 million investment, Coupa has closed its fifth round of funding for $22 million. The company did not disclose its valuation. The company’s software can track any payroll-related spending and procurement. It handles invoicing, inventory, budgets, and expense reporting. New investor Crosslink Capital led the round. Existing investors Battery Ventures, BlueRun Ventures, El Dorado Ventures, and Mohr Davidow Ventures participated.

Moviepilot.com gets funding for fanboys

BetterCloud announced it has closed a $2.2 million investment. It offers cloud management services aimed at Google Apps, such as security and group management. The seed funding comes from angel investors and chief executive David Politis.

Future Simple, the company behind Base, has raised $6.8 million. Base operates similarly to Salesforce by storing business contacts and leads. Index Ventures led the round, with Social+Capital Partnership, OCA Ventures and the I2A fund participating.

Hate those machines you get when you call a customer service line? Drumbi is creating one of those, but it claims it will do a much better job. It also promises to cut down on those excruciating wait times. The company raised $2 million at a $8.5 million pre-money valuation from Quest Software.

Online payment and ID company Jumio has raised funding. The company did not officially disclose the funding amount, but it’s said to be $3.3 million from Citigroup, according to VentureWire. Jumio turns web and smartphone cameras into credit card and ID card processing machines.

Bloc is going to make a web developer out of you

Web coding online school Bloc has raised $250,000 in seed money to transform you into a web developer in eight weeks. For three grand, you’ll be able to write Ruby on Rails code with the best of ’em. In time the company will also offer iOS develop classes and HTML/CSS design programs. Robert Hutter at Learn Capital led the seed round, in the form of a convertible note.

One million dollars goes towards 3-D fashion games for women

Frenzoo raised $1 million today to create 3-D fashion iOS and Android games for women. It’s first game, Me Girl, features 3-D-like avatars that girls can dress up and play with as supermodels. Efficient Corporate, Siemer Ventures, K5 Ventures, and Metaverse Services participated in the round.

Hey, you’ve got a loyalty program in my point of sale system