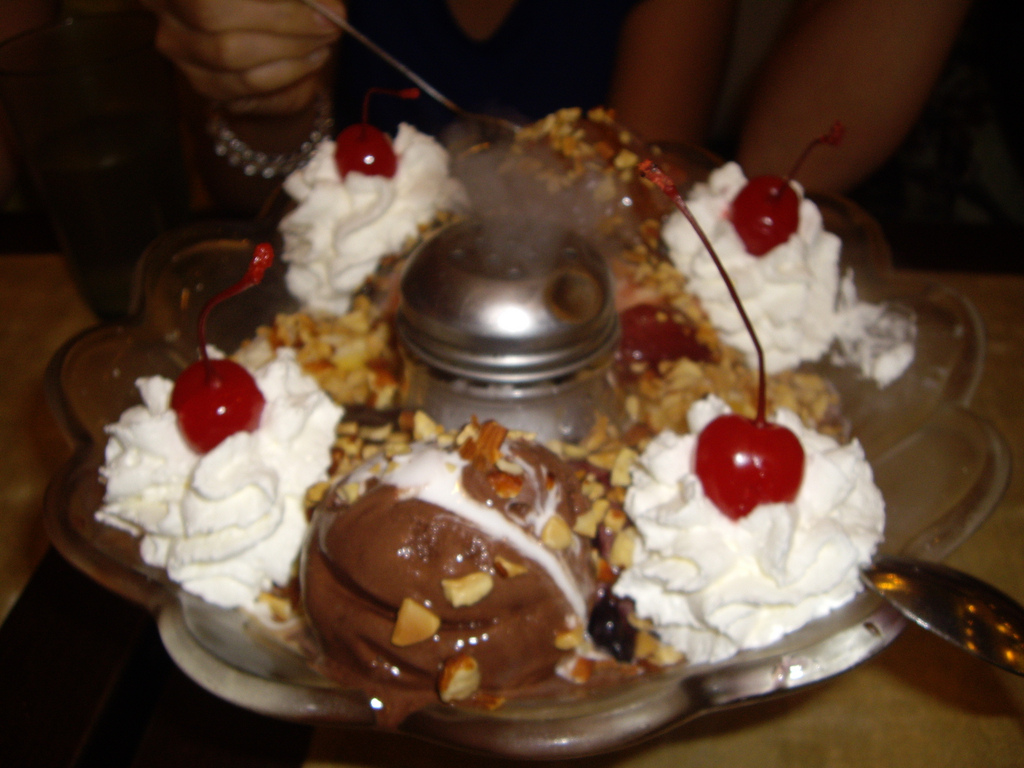 Today is the two-week mark of my 2013 detox. What have I learned from this experience? That life and funding news are both more appealing when they involve hot fudge. Here are eight scoops of funding news for you today, covered in a digital cascade of gooey, warm, melty, thick, dark chocolate. Just like the Swensen’s Earthquake sundae.

SevOne, the Deleware-based startup that is growing rapidly in a market of IT giants, is proving that tools to monitor the health of a network are big business. The company provides a suite of IT monitoring and reporting tools to its customers — primarily large enterprises. The SevOne technology is able to predict if there will be problems on the network by monitoring the data from thousands of points. For big-name companies like Thompson Reuters, SevOne can deliver financial information in seconds to a variety of financial services firms. Today, it has pulled in an impressive $150 million in funding from Bain Capital Ventures. Read more on VentureBeat.

You may think that liquid space is a pool, but you’d be wrong. LiquidSpace is an online marketplace where people can find on-demand workplaces. Waving the flag of “meeting rooms in a minute,” those searching for a place to do business can search by the hour or day and pick from hundreds of available places. This is a desirable option for people that work remotely, but need to collaborate with people in a more professional environment than Starbucks or their kitchen. Today, LiquidSpace is filling its pool with $6 million in its second round of funding, led by real estate investment group The GPT Group, with participation from Shasta Ventures, Floogate Fund, and Greylock Capital. The money will help LiquidSpace enter new markets and expand its database. This brings its total funding to $11.085 to date. Real the press release.

The nation’s largest cable service provider, Comcast, is investing $150 million in cable box manufacturer Arris, the companies announced today. Last month, Arris purchased the Motorola Home division from Google for $2.35 billion. And since Motorola Home supplies a good chunk of cable boxes for Comcast subscribers, it makes sense that the cable giant would have an interest in Arris. Under terms of the deal, Arris will sell 10.6 million shares of stock to Comcast for a 7.85 stake. Google, which previously owned about 15 percent of Arris, will get $150 million for a reduced stake equal to Comcast. Read more on VentureBeat.

Social commerce platform Moontoast is shifting its focus to emphasize the growing social advertising movement. Previously, Moontoast’s platform allowed big brands and entertainers to embed a store within their social news feeds, websites, and such. Moontoast now wants to focus on providing advertising within the social stream. Clients include Lexus, Universal Music Group, Proctor & Gamble, Time Inc, and Simon & Schuster. The $5 million series B round of funding will smooth the transition. The round is led by The Martin Companies, with participation from previous investors. It brings the Boston, Mass.-based startup’s total capital raised to $11 million. Read more on VentureBeat.

Today, a “small-town startup” from Whitby, Ontario received $7.65 million in growth incentives of its own. 360 Incentives provides a software-as-a-service platform that large businesses can use to create, measure, and manage marketing and sales initiatives such as promotions, sales “spiffs”, rebates, and loyalty rewards. From the dashboard, users are able to automate certain activities, stay on top of their programs, and react to events in real time. OMERS Ventures, the venture arm of a large Canadian pension fund,  led this round, along with Klass Capital and Round 13 Capital. Read more on VentureBeat.

15Five is an employee feedback system that seeks to strengthen the internal level of communication within a company. Every week, employees complete a report that takes them no longer than 15 minutes to write, and no longer than 5 minutes for their manager to read. These reports are then consolidated and bumped up the chain to upper management. Today, 15Five announced that it secured $1 million on seed funding led by Richmond Global, and from big name angel investors, including founder of Yammer David Sacks, Mahalo founder Jason Calacanis, former Mashable editor Ben Parr, and 500 Startups. Read more on VentureBeat.

The Next Web reported today (via Israeli business publication Calcalist) that AppCard has secured $6.5 million from major Silicon Valley investors. AppCard is a mobile app-physical card combination system that rewards shoppers for patronizing their favorite stores. Users add their favorite stores and brands on the app, which will deliver personal offers. Whilst checking out at these stores customers can earn rewards like discounts, free gifts, and bonuses. In theory, the more you shop at certain stores, the better the offers and the rewards get. Investors include that Eric Schmidt’s Innovation Endeavors, Peter Thiel’s Founders Fund, and Yahoo cofounder Jerry Yang threw in for this round.

In the [slightly modified] words of Ricky Martin, it is time to shake your Epom. This ad-tech company from Ukraine provides various tools to launch multi-layered advertising campaigns. Features include cross-platform ad servers, ad campaign optimization, management tools, analytics, in-app advertising. There are solutions for publishers, networks, and advertisers. Epom revealed that is raised $1.2 million to grow the business and develop new services. Later this month, the company will launch a service for buying and selling direct ads. CEO Anton Ruin also “smirks” in a statement that he has plans open new offices, indicating that he “always got a thing for the UK and London, in particular.” Read the statement.