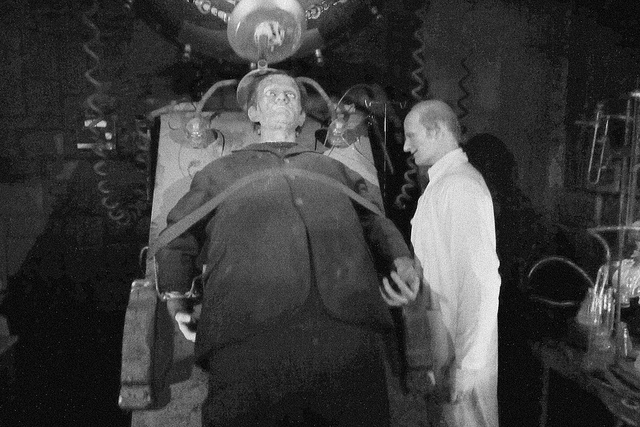 Due to my attendance at the Launch conference this week, I have not been as on top of the funding news as I should be. Today’s Funding Daily has bits from yesterday, pieces from today, parts contributed by other VentureBeat writers, all glued together by my wacky yet skillful hands. It’s allliiiiveeee.

“Amazon of Africa” Jumia heats up with $26M

Online retailer Jumia has secured $26 million (€20 million) to expand into additional markets in Africa. Like its American forbearer, Jumia sells a wide range of goods at low cost with easy delivery and returns. The retailer is currently active in Nigeria, Egypt, and Morocco. Jumia launched about a year ago out of Rocket Internet and quickly grew its user base. Summit Partners led this round through its German holding company to fuel Jumia’s growth. Read more on VentureBeat.

Video advertising startup Innovid has raised $11 million in its third round of funding, cash that will help perfect its service of moving video ads to any screen. Innovid’s tools give advertising companies the ability to make video ads that can be delivered and measured regardless of where those ads are placed — on a specific website, an online ad network, regular TV, etc. Sequoia Capital, Genesis Partners, and Deutsche Telecom’s T-Venture all participated in the round, with a new investment from Vintage Investment Partners. Including the new round, Innovid has raised $27.6 million. Read more on VentureBeat.

Copy data management startup Actifio has raised $50 million in a new round of funding to help companies reduce the number of extra copies of data they need to operate. Waltham, Mass.-based Actifio was founded in 2009 and promises its customers that its service makes it possible to recover data instantly. It also addresses the amount of storage needed for data management. The new funding was led by Technology Crossover Ventures, with participation by Andreessen Horowitz, ATV, Greylock Israel, and North Bridge Partners. Including the new round, the company has raised $107.5 million to date. Read more on VentureBeat.

Adcade, a New York-based startup, has raised $1.5 million in seed money for its framework that translates HTML5 ads into a format that works on mobile devices. Venture Capital led the round, with participation from Quotidian Ventures, BHV, Great Oaks VC, and assorted angels. Read more on VentureBeat.

MyPermissions, a startup that’s all about locking down your online data, has just raised its first round of funding. The round totals $1 million and was led by lool Ventures, 500 Startups and 2B Angels, with participation by Plus Ventures and Robby Hilkowitz. MyPermissions’ product lets consumers find out more about and take action on how their personal data is used around the web by various applications. Read more on VentureBeat.

Handshakez has raised $3.6 million to reinvent front office enterprise applications. Its collaboration and analytics platform seeks to make impersonal online business relationships more intimate by creating “private, collaborative spaces to foster transparency and engagement.” This first round of financing was led by Austin Ventures, with investment from First Round Capitl, Floodgate, CrunchFund, Valhalla Partners, and Thinktiv.

Washington DC-based startup Contactually recieved seed financing from Point Nine Capital and Boston Seed Capital, as well as 500 Startups, to build out its marketing channel that helps professionals in “relationship-driven” businesses generate and retain business leads from within their networks. The technology reminds users to follow up with key contacts and integrates with email, social networks, and CRM.

Looker sets its sight on $2M

Business Intelligence platform Looker has raised $2 million to grow its platform that extends “data discovery functionality to everyone in the organization to make decisions based on real-time facts.” Looker takes a query-based approach to business intelligence to make SQL more effective for analytics. Investors include First Round Capital and PivotNorth Capital. Read the press release.

Ed-tech company Slate Science raked in $1.1 million in angel funding to roll out its educational products for tablets that help children learn with science, technology, engineering and math. “Rather than offering frontal videos and drill and skill practice, the company is focusing on crafting constructive learning environments that guide children through a rewarding process of self-discovery and intuitive exploration.” SlateMath launched today, with more apps to come.

Anaplan has raised $30 million for its planning software that helps businesses streamline their operations. Companies use Anaplan’s cloud-based solutions to model their business, collaborate on decisions, align operations and manage their sales and finances from one place. Meritech Capital led this round, along with existing investors Shasta Ventures and Granite Ventures. It brings Anaplan’s total capital raised to more than $47 million to date. Read more on VentureBeat.

Hybris helps you sell products — and raised $30M for its own

Hybris Software, a maker of management software for commerce companies, raised a $30 million round of funding led by Meritech Capital today, after rumors that the company might go public in mid-2013. Investors also participating in the late-stage round include Greylock Israel, a fund affiliated with the well-known Silicon Valley venture firm Greylock Partners, as well as existing investor Huntsman Gay Global Capital. Hybris is commerce software that lets mid-sized to enterprise businesses organize their inventory and purchases. Read more on VentureBeat.

Appcore, a Des Moines, Iowa-based cloud computing automation platform startup, has just announced its latest round of funding: a $6 million cash infusion. Appcore, which makes software to help data centers, telcos, software vendors, and enterprises transition to cloud computing, recently launched its new Automation Management Platform (AMP). This is Appcore’s second round of institutional funding; its Series A was a $5 million round from Interstate Communications, Omnitel Communications, and Broadhorn Capital almost exactly one year ago. Today’s funding comes from Telephone Acquisition Company, an Iowa firm whose previous investments, if any exist, are unknown. Read more on VentureBeat.

Add Intel Capital to the growing list of companies eager to work with Bluestacks. Intel has invested an undisclosed amount in the startup, BlueStacks told VentureBeat today. BlueStacks “LayerCake” technology runs Android apps on any Windows PC and Mac, bridging a gap between mobile and the desktop that neither Google or Apple have tackled yet. The Campbell, Calif.-based BlueStacks has also raised $15 million so far from Andreessen Horowitz, Ignition Venture Management, Citrix Systems, and others. Read more on VentureBeat.

Beats raises $60M to spin off ‘Daisy’ music service; may partner with Apple

Beats Electronics has secured a $60 million investment to spin off its forthcoming streaming music service Daisy into a separate entity, the company announced today. The music service itself  is the first attempt by former Nine Inch Nails rocker Trent Reznor, along with Beat Electronics, to reinvent the streaming music marketplace. The new investment was led by Access Industries, Marc Rowan, James Packer, and others. The fresh capital will allow Daisy to become an independent company, which will launch its music service in late 2013. Read more on VentureBeat.

Qustodio, which creates software to help parents keep an eye on their kids’ online behavior, raised $1 million in a seed round of funding today. Barcelona-based Qustodio also lets parents watch what they’re doing specifically on Facebook and other social networking sites. Parents can monitor Facebook chats and searches as well as view browsing histories and which applications have been opened in a given session. The round was led by W8 Ventures. Read more on VentureBeat.

Taskbox secures $600K to kick your mobile email use into shape

With slick new version of its gesture-based mobile email app now available, productivity startup Taskbox announced that it’s raised a $600,000 seed round of funding today. Taskbox is focused on bringing a better, more efficient way to sort through your email while on a mobile device. The new seed round was led by Central Texas Angel Network (CTAN) with participation from other notable angel investors, including McAfee’s CTO Michael Fey and James Foster. Read more on VentureBeat.

Retailigence wags its tail to $6.3M in new funding

Marketing startup Retailigence has closed a second round of funding to supports its ‘Online-to-Offline’ local marketing and commerce platform. Retailigence distributes local store inventory-based advertising. The company partners with large national retailers who use its solutions to convert mobile consumers into real world shoppers. Existing investors Draper Fisher Jurveston, Quest, and Motorola Solutions Venture Capital participated in this round, as all as new investors Telenav. Read the press release.