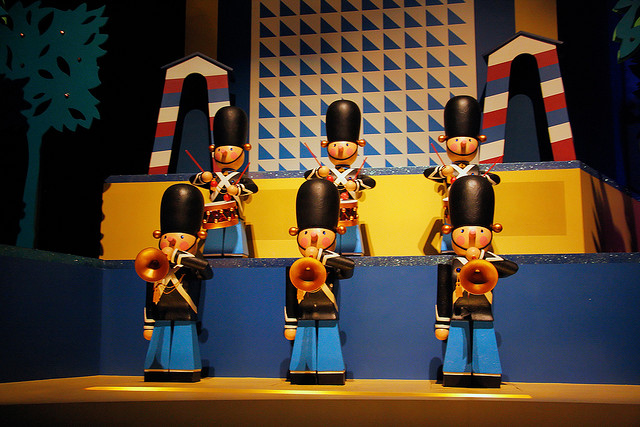 As access to the Internet becomes more accessible and startup hubs emerge around the world, the arms of the technology scene are spreading and wrapping more people and markets into their fold. Companies from Asia, Russia, and Israel are raising funds, and Estonian entrepreneurs are making a splash in Silicon Valley. In today’s funding news, companies from around the world are raising funds, and the world is getting smaller.

In the ongoing battle between the NoSQL and SQL databases, Splice Machine is one of the few young companies that has come down firmly on the side of the latter. Today, the San Francisco startup has raised $4 million in first round funding for its SQL database build on top of the open-source Hadoop Distributed File System. Splice Machine’s first funding round was led by Silicon Valley firm, Mohr Davidow Ventures. Read more on VentureBeat.

Welcome to the Jungle; it’s got $10M for startups across Asia

Singapore-based venture capital firm Jungle Ventures released $10 million into the startup wilderness today as part of a “superangel” fund that will support early stage startups in Asia. Its portfolio consists mostly of consumer Internet, Software-as-a-Service, and media startups. The investors are a group of entrepreneurs, executives, and institutions as well as 500 Startups and Accel India. Read more on VentureBeat.

ScaleBase nabs $10.5M to scale up your sluggish database

ScaleBase is a Boston-based startup that provides uninterrupted database performance management to the likes of AutoDesk and Mozilla. It has raised $10.5 million, led by Bain Capital Ventures and Ascent Venture Partners, with participation from existing investor, Cedar Fund. This infusion of funds brings the startup’s total funding to just under $15 million. Investors are most intrigued by ScaleBase capability for enhancing existing databases. Read more on VentureBeat.

LocalVox, a startup that gives local businesses tools to wage online marketing campaigns, hopes to help and has just raised $7.4 million. Small business owners load information into their profile and the platform then distributes this information across multiple online channels, as well as through its network of local publishers. The investment came from media company Talus Holdings, which is backed by Blackstone affiliate GSO Capital Partners LP. Read more on VentureBeat.

Security software startup Quarri Technologies closed its $1.288 round of funding. Its signature products Protect On Q and Protect On Q Mobile defend data from attack, unauthorized use, and hacking as well as from careless activity that can cause vulnerabilities. This financing came from Houston Angel Network and Daylight Partners, as well as the Texas Halo Fund. Read the press release.

A company is only as good as its team, and Namely helps companies build great ones. Namely’s cloud-based application helps Human Resources departments recruit and retain talented employees and measure results, replacing fragmented spreadsheets and documents with a single database. It specializes in high growth industries like media, advertising, and technology and already has big name clients. Lerer Ventures and Bullpen Capital supplied the $750,000 investment. Namely was founded in 2012 and currently has six employees in New York.

From Russia with love, and voice messaging

For its voice messaging application, Talkbits has received $2 million from Runa Capital. The app has three core features: a live stream of messages around a user’s location, direct voice messaging to and from friends, and private and public topic-related discussion groups. While based in Russia, it is focusing on international markets and will use this funding to introduce the product into the US, Europe, Brazil, and Southeast Asia.

Big data swims under the sea with fish, sharks, and millions

Big data is everywhere, even in the deep blue sea. Marinexplore has created a free platform for searching, analyzing and collaborating with ocean data. Since its beginning in February, the startup has collected over 1.2 billion data points from 24,000 devices. It consolidates the measurements and organizes them into custom data sets. These reports can be used by environmental industries to make their operations more efficient. This technology pulled in $1.4 million in seed funding and it is still in alpha. Intertrust Technologies Corporation spearheaded this round, along with private investors.