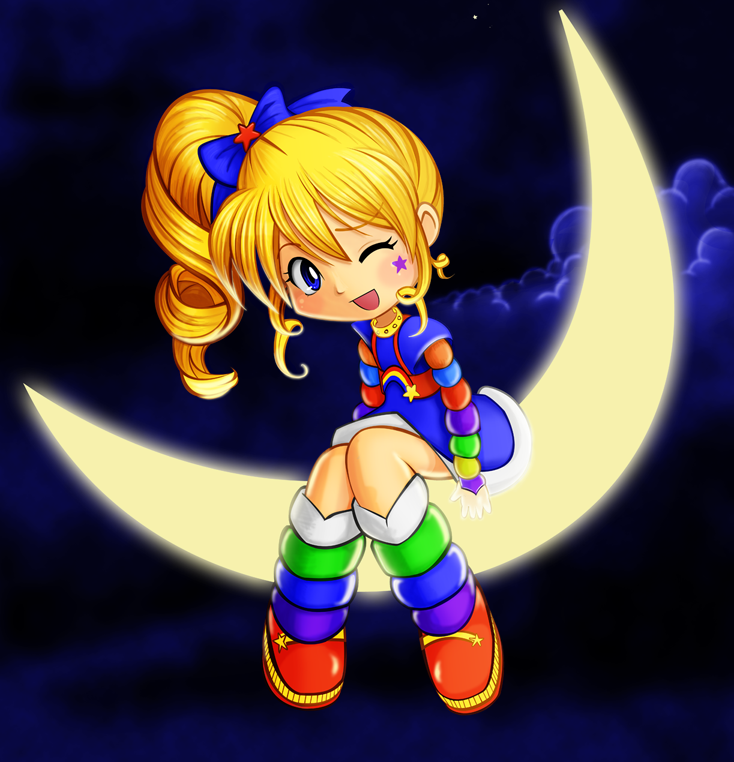 You may have expected me to theme Funding Daily today around Halloween, but our copy editor here at VentureBeat suggested I be unpredictable and go another route. Considering I have spent the day dressed in Rainbow Brite, and am in full costume as I write this, I readily agreed. Scroll through today’s funding news, and then go out and have a night of spooky Halloween fun!

Big Switch Networks flipped the switch on a second round of funding for its network virtualization technology.The company’s OpenFlow platform makes network architecture more flexible by enabling multiple networks to act as one single network. This gives network administrators more control over the behavior of network devices, such as routers and switches. This round of $25 million came from Redpoint Ventures and Goldman Sachs, as well as from previous firms Index Ventures, Khosla and Ventures. Big Switch was founded in 2010 and has raised $39 million to date. Read more on VentureBeat.

Isocket charges up with $8M and a Star Scepter

Digital advertising startup isocket closed an $8 million round of funding, the company announced today. Isocket simplifies the advertising process for web publishers by providing a self-serve ad platform for high-end ad clients (meaning, the companies willing to drop a lot of money to advertise on the site). To address the growing number of publications that want a better way to run direct display ad sales, isocket is rolling out a new enterprise-level service, called BuyAds Pro, for advertising agencies that serve many publications. Read more on VentureBeat.

Locbox pulls in $5.1M to vanquish the King of Shadows and daily deals

LocBox wants to be the alternative to Groupon, Living Social and the host of flash sales sites, and has raised over $5 million in its quest to win over small businesses. The San Francisco-based startup helps businesses run marketing campaigns. The idea is that Groupon and the like can pull customers into a store to pick up a one-off promotion, but they can’t drive long-term loyalty. Read more on VentureBeat.

Glassdoor has locked up $20 million in new financing to make the job-hunting process more transparent. This career and jobs community provides a range of services such as job search, personalized job listings, company reviews, interview advice, and salary comparisons. The company is rapidly adding users and this investment will help scale the platform to accommodate the growth. This round was led by DAG Ventures, with participation from Benchmark Capital, Sutter Hill Ventures, and Battery Ventures. This brings the total investment in Glassdoor to $42.2 million. Read more on VentureBeat.

UpWest labs, an accelerator program in Silicon Valley that serves Israeli entrepreneurs, graduated its third class today. It also announced that over the past five months, over $3 million in seed funding has been invested in its graduates. Today’s unveiled companies are Drippler, Peer5, Tenfoot, Automatelt, KeyWee, and HoneyBook. Read the press release.

adverCar has raised a seed round of $2 million for its service that connects advertisers with drivers. Advertisers can deploy a fleet of adverCars, armed with display ads, to specific locations. The round was led by Canaan Partners with additional investors include 1-800-Flowers, Branford Castle Private Equity, New Orleans Startup Fund, and TiE Angels Boston.

Fleksy sends stars, happy typing, and funding out of its wand

Syntellia tapped into $900K in seed funding for Fleksy, its keyboard technology designed for touch-screen devices. Fleksy can be used by the blind and visually impaired to type faster and auto-correct their typing. The investment came from a group of angel investors and venture capitalists who invested through Fundable. It recently competed at the Distilled Intelligence pitch event.