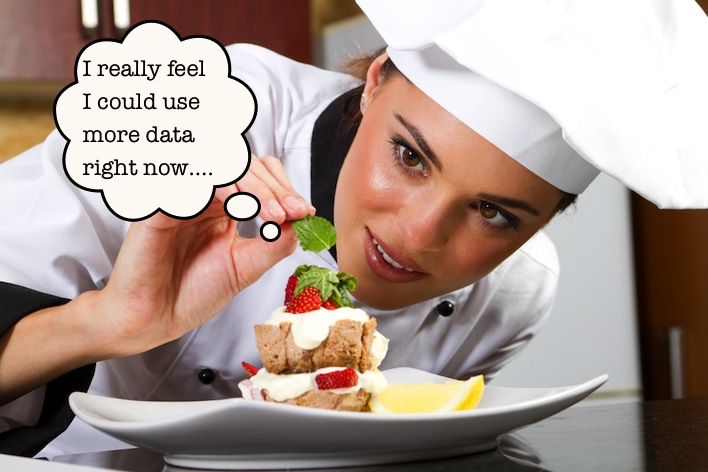 We hear about “social network this” or “cloud-based analytics” that all day long, but sometimes it takes a really innovative thinker to change the way a brick-and-mortar industry works. Today, we take a look at a few companies who are going after markets that may be more inclined to keep a graph paper spreadsheet than a Google doc.

And just for good measure, we threw in a social network and cloud company, just in case you missed them.

YourMechanic gets $1.8M to transform the $200 billion auto mechanic industry

Your car broke down, and it’s sitting in the driveway like an SUV-sized paperweight. You ask yourself, do they make loose-leaf that big? Doesn’t matter because your brick of Buick isn’t running and you need a mechanic. YourMechanic is a website that lets you enter your issue and receive a quote immediately from mechanics in your area. It claims to be 20 percent to 30 percent “more economical” than heading to your local auto mechanic, who probably doesn’t support comparison shopping. The company received $1.8 million in its seed round today from Y-Combinator, Ashton Kutcher, Yuri Milner, CrunchFund, SoftTechVC, and other unnamed investors.

You hear it on the television every day, “Reform student loans! Our education system is broken!” Some students are fortunate enough to have enough money in their families or a well-off family friend who is willing to put the kid through college, but most students don’t have such opportunities. And many don’t want to turn to the banks for a student loan they can’t afford. That’s where Social Finance steps in. The company’s social network attempts to connect high school seniors with wealthy alumni who will, in theory, offer the student a much more reasonable rate on a loan. Think Gilmore Girls when Rory traded Friday night dinners with her grandma for four years of Yale tuition (only we suspect the alumni won’t be accepting just your presence as payment). The company received $77 million in a huge round of funding today, led by Baseline Ventures, with participation from DCM and Renren Inc.

Food Genius gobbles up $1.2 million to bring data to your dinner table

The food industry is definitely hurting for some technological innovation. This is especially true now that the market is so interested in organics and local food — it’s tough for food manufacturers and restaurant owners alike to keep up. Food Genius is a databank of information about the food market that the industry can use to keep up with the ebbs and flows of food — what’s trending in restaurants, if certain products are flying off the shelves, and other information that can affect production and sales. The company calls them “Food Genius Reports” and wants to use its $1.2 million round, led by Hyde Park Venture Partners and Hyde Park Angels, to bring those reports to the market. New World Ventures, IDEO, Amicus Capital, and the I2A Fund also participated.

Aerohive heads toward a 2013 IPO after its fifth round of funding for $22.5 million

Aerohive is taking on the big boys, like Cisco, with its own version of Wi-Fi network control. The goal is to give enterprises that often have thousands of computers to monitor better control of their systems. The company, whose $22.5 million round is the fifth it has taken on, is looking down the line at an initial public offering some time in 2013. It already has over 5,000 customers stacked up, including 7-Eleven (yup, 7-Eleven is an enterprise). The round was led by Institutional Venture Partners, and included previous investors Kleiner Perkins Caufield & Byers, Lightspeed Ventures, New Enterprise Associates, and Northern Light Venture Capital.

OMG! FashionPlaytes gets $5 million in its second round of funding for tween fashion

What do you get when you put 500,000 tween girls in a room with fabric, scissors, and Tim Gun from Project Runway? Probably something like this website. FashionPlaytes is a social network of sorts where tweens can come to design clothing and purchase clothing they’ve created on the site. They can also buy premade articles of clothing and chat with others in what FashionPlaytes calls a “monitored forum.” The company received $5 million in its second round of funding [PDF] today from Leo Capital Holdings, Spindrift Equities as well as previous investors Fairhaven Capital, New Atlantic Ventures, and Golden Seeds.

Estimize predicts it will get $1.2 million in its first round of funding. Oh wait, it did!

Many of those who like to play the stock market also like to predict what’s going to happen with their stocks. While the market is often ruled by analyst commentary, Estimize wants to see if using the power of many can actually come up with a more accurate estimate of what price a stock with hit. It asks its user base to give predictions on their favorite stocks and then averages out those predictions to come up with one, accurate sentiment about a day’s numbers. The company got $1.2 million in its first round of funding from Contour Venture Partners and Longworth Venture Partners.