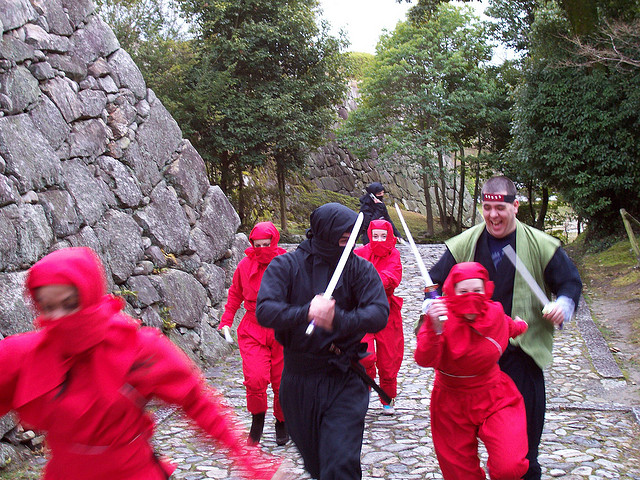 Secret agent startup Hopper peaked out from stealth mode today to grab some additional resources for its mission, a company with a massive database of video footage assumed a four-letter alias, and an ed tech app equipped teachers with lethal tools to keep their students in line. I’d tell you more, but I’d have to kill you…

Years in stealth mode and $22 million make Hopper the black ops division of the startup world. The Boston-based company announced today that it has raised $12 million led by OMERS Ventures, with participation from existing investors Brightspark Ventures and Atlas Venture, which previously gave money for this undertaking in 2011.

Hopper seeks to simplify travel planning. Preparing for a vacation is generally the most unpleasant part of a trip. Slogging through flight searches, price comparisons, hotel reviews, and barrages of travel advice are enough to make you … need a vacation. Read more on VentureBeat.

BiNu is a platform that brings smartphone app services to feature phones, a.k.a. “dumb” phones, reviled by the technorati but still widely used around the globe.

The startup’s premise is a brilliant one, one that promises to bring new heights of information, communication, and connectivity to some of the least-empowered areas on our planet; to that end, biNu has just taken $2 million from TomorrowVentures, the funding vehicle of Google’s Eric Schmidt. Read more on VentureBeat.

Movieclips reeled in $18.5 million in its third round of financing today and is using the money to change its name to Zefr, among other things. Movieclips is a popular YouTube channel and content network. Users can browse and search through a large database of film scenes and trailers. They can also upload and share clips. The technology then identifies and claims the content, and tags it.

The round was led by U.S. Venture Partners, with participating from existing investors MK Capital, Shasta Ventures, SOftTech VC, First Round Capital, Richmond Park Partners, and others. Read more on VentureBeat.

Ed tech startup ClassDojo went to the head of the class today with $1.6 million in seed funding from A+ investors. It received a personal investment from Y Combinator’s Paul Graham, as well as money from Ron Conway at SV Angel. Other participants include Kapor Capital; Start Fund; General Catalyst; Morado Ventures; Lerer Ventures.

ClassDojo provides a digital character building and behavior management service for teachers. It officially launched out of beta today. In the past 10 months,more than 3.5 million teachers and students in more than 30 countries have used the product.

ClassDojo addresses an issue plaguing every teacher- classroom management. It enables teachers to input their students names and the behaviors they want to encourage in each individual. When the students perform, their receive points in real time that are displayed in the classroom. Good behavior is automatically and publicly rewarded. The app also tracks the data so teachers can look back on student progress and share information with parents and administrators.

This seems far more effective than spankings, trips to the principal’s office and detention.