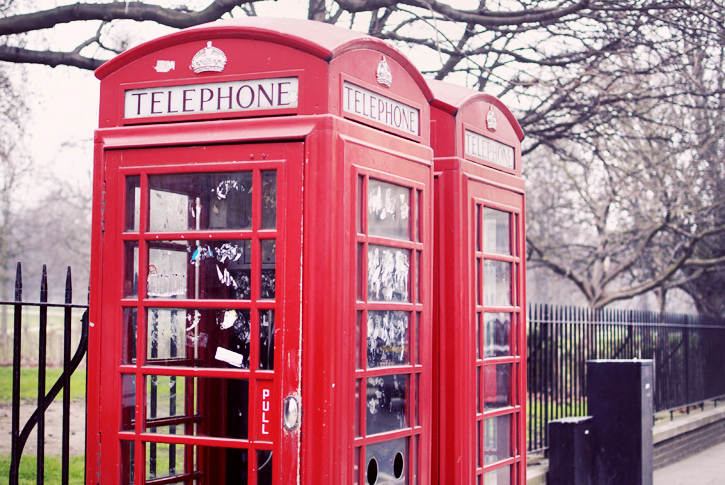 The UK’s startup scene is heating up these cool winter months. Today, two London-based companies closed significant funding rounds and the Prime Minister and the Mayor of London unveiled a plan to spend £50m building a co-working space in “Silicon Roundabout.” Along with recent announcements from Microsoft, IBM, and KPMG that they are setting up shop in the area, East London’s Tech City is on its way to becoming an international hub of innovation.

Cloudera has pulled in $65 million in its fifth round of venture capital funding, bringing the company’s total funds to $140 million. The Silicon Valley company was among the first to commercialize Hadoop, the open source computing framework that makes it easier for large corporations to manage large volumes of data that cannot be stored in a traditional database.

Accel Partners, the venture capital firm with a $100 million fund dedicated to big data startups, led this series E round. The round was announced at a closed meeting of Cloudera execs at its Palo Alto headquarters led by CEO Mike Olson. According to AllThingsD, this deal values Cloudera at about $700 million, which puts it in strong position as the company edges toward an initial public offering. Cloudera has not yet made a formal announcement about the funding. Read more on VentureBeat.

Naya Ventures has pooled a $50 million fund dedicated to early-stage companies in the mobile and cloud markets. The firm was founded in 2011 by serial entrepreneurs who wanted to apply their industry experience to building an investment portfolio, creating a network of resources, and providing guidance to startups. The current portfolio consists of eight companies: GlobalOutlook, Glympse, Zoomingo, Motivity Labs, SinglePoint, M2 Junction, nfluence, and Boxfish. Naya is headquartered in Dallas with offices in Silicon Valley, Seattle and Hyperabad, India. It focuses its investments on US and India-based companies. Read more on VentureBeat.

European developer community Skills Matter is adding $5 million into its fold. The mission behind the organization is to promote continuous learning and innovation in software. Comprised of 35,000 members, Skills Matter holds training and events where developers can improve their programming skills, collaborate, and make connections. The investment was led by Beringea, an international growth capital firm with offices in London. Read more on VentureBeat.

Rangespan gets $5M to help itself and brands spread their wings

Rangespan, a London startup that operates data infrastructure to help retailers expand the online range of their products, is nailing down a $5 million round of funding. Rangespan’s “customer demand predicting algorithm” RangeRank predicts the sales potential for products, and helps brands figure out their optimal product range (the who, what, where, when, why, and how much of distrbution).

Rangespan also offers a vendor platform to help retailers launch new products, with tools for supplier integration, item data formatting, order progress visibility and more. Clients like Tesco, Argos, and Asda use the services, and this round will be used to develop RangeRank and grow its retailer and supplier networks. It was led by the ventures team at Octopus Investments, which typically puts between £250,000 to £5 million into early stage companies based in the UK.

Big data company Zettaset filed with the SEC for $4.75 million in new funding. The platform makes the administration of data analysis software Hadoop easier for regular employees who don’t have an extensive technical backgrounds. Zettaset handles many of the common issues with Hadoop deployment and offers tools that make massive amounts of data manageable, understandable, and secure.

In 2011, Zettaset changed its name from GOTO Metrics and raised $3 million from Draper Fisher Jurveston and EPIC Ventures in its first round of funding. Investors from EPIC Ventures, as well as Highbar Ventures and H.I.G. Ventures were listed on the filing.

ClearStory Data, the much-hyped data analytics startup, has pulled in $9 million in funding from Kleiner Perkins, Andreessen Horowitz and Google Ventures. Its still early days, but the company is positioning itself as the next evolution from the typical analytics-heavy dashboard, which provides only a “rear-view mirror” look into your data. Silicon Valley-based ClearStory is one of a dozen technology startups that would support data services teams employed by large corporations, or replace data scientists altogether.The product is still being baked by the company’s 20-person team, and will not be generally available until 2013. Read more on VentureBeat.

AppFirst nets $8.7M for its birds-eye view of computing stacks

WIth flying, as with DevOps, visibility is key. Pilots need to have all relevant information at-the-ready to make informed decisions and get the plane where it needs to go. Data startup AppFirst provides a platform that IT teams use to monitor all their applications. It launched its dashboard in September that gives a unified view of data from every layer of a business’ computing stack.

Three months later, AppFirst has closed its second round of funding with Safeguard Scientifics. With this $8.7 million investment, AppFirst has secured $15 million in venture capital and will apply it to scaling marketing and sales efforts. FirstMark Capital, First Round Capital, and Javein Partners invested in the first round.