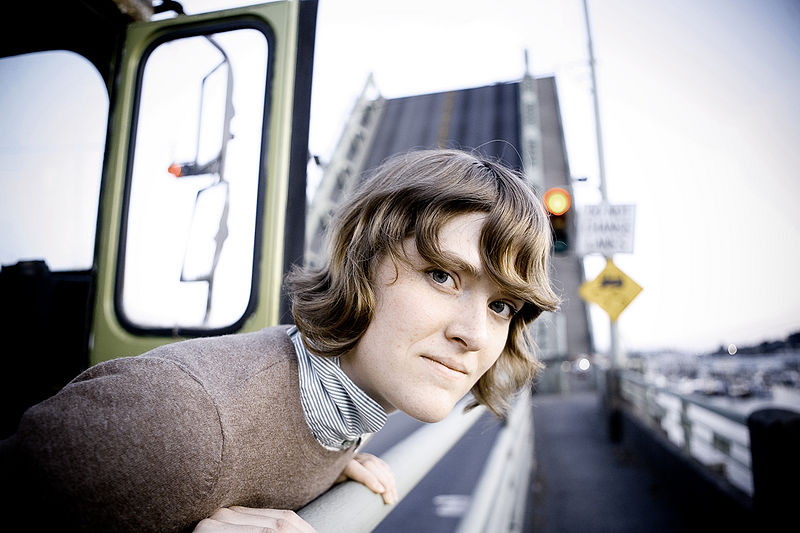 Geoloqi, the location-focused startup co-founded by “cyborg anthropologist” Amber Case, has been acquired by Esri.

Esri’s a longtime player in the mapping, geographic information systems (GIS) and geolocation arena — it was actually founded way the heck back in 1969 by husband-wife team Jack and Laura Dangermond. Now, Case and Aaron Parecki, her partner in life and in entrepreneurship, are joining the Esri fold.

Geoloqi’s Portland HQ will become Esri’s newest R&D center, and Case will become its director. While the terms of the deal weren’t disclosed, this wasn’t some acqui-hiring mercy-kill. Case said the terms of the deal were “great” and that she wouldn’t have to raise funding when she heads back into the startup fray again — which she undoubtedly will.

“It’s a strategic technology acquisition, and we’re keeping the tech as it is and growing on it,” Case said during a recent phone conversation with VentureBeat.

“I think of Esri as a big customer [that] allows us to do what we would normally do faster. … Esri is the company [Pareki and I] would have become if Geoloqi had grown up, if we had started earlier, in the ’60s.”

Geoloqi launched earlier this year, making the start-to-exit turnaround time as tight as anything we’ve seen in the less-nerdy but more overheated spaces of social or mobile applications. Case also spoke early this year at VentureBeat’s Mobile Summit, explaining how geofencing could create computer interfaces that required nothing from you apart from just moving around in the world.

But Case sees the exit as less of a finish line than a continuation of what she’s loved about her company. “I still feel ownership of it,” she said. “The best thing about it is, I’ll be able to focus on the thing that really matters … instead of looking at spreadsheets every night.”

We asked Case what’s next for her, wondering whether she’d settle into a nice academic rhythm with R&D for Esri or whether she’d jump ship and found another company.

“Definitely, absolutely,” Case responded affirmatively to the latter line. “I don’t know when, but it’s gonna be hard not to. I have some ideas. … I think of this as a beta test for the next thing.”

Geoloqi, which Case counts as her first startup in earnest, was a particular trial by fire. “It was the most difficult thing I’ve ever experienced,” she said.

“I was working 120 hour weeks. … The struggles were ridiculous,” Case said. “I got severely depressed in the middle of it, and I couldn’t let anyone know … as the CEO, you have to look happy all the time, and you have pressure on all sides from investors, from employees.”

But between Pareki’s complimentary skills and her emmployees, Case was able to keep the ship on course. “I’d get down, and the team would pick me back up. … It takes all of your energy.”

And as far as working with a life partner is concerned, Case said, “The idea is that you’re married to your co-founder anyway, so you better really get along. The traditional idea is that you have a significant other, and you go into startup mode and never see them again.

“This was great, because we’d have dinner and we’d figure out some cool, awesome strategy, and it made us happy. … When you find someone that complements you in every way, everything you do is larger than life.”

We also asked Case for her advice to young people, particularly women, who have challenges in the often male-dominated engineering and startup worlds. Case is still young, herself, and has made a huge impression on the tech landscape.

“The key is to be so nerdy that you’re neither male or female, just be a horrible nerd that nobody wants to talk to … then you’ll never even notice that you have a gender,” she said.

“I consider myself a person. If you’re interested in doing something, you just don’t have to worry about yourself. You create your own reality. … and you’re not in tech, you are tech.”