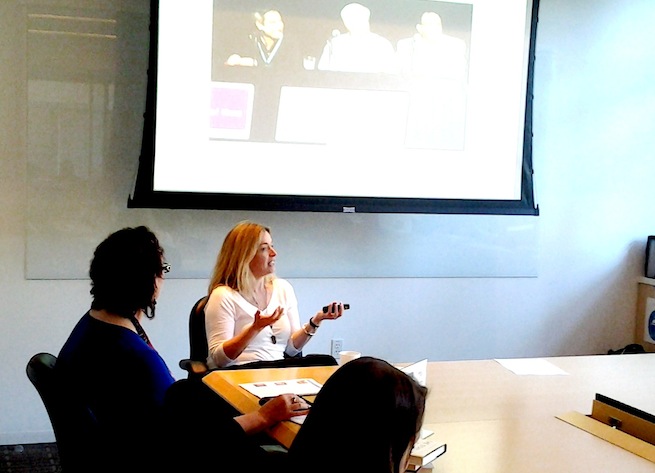 In Silicon Valley, we’re so often mired in jargon that we forget to ask the most basic questions about how venture capital works.

Christine Herron, director at Intel Capital and a venture advisor at 500Startups and StartX (a Stanford-affiliated nonprofit accelerator), addressed an intimate audience of investors and entrepreneurs this afternoon at Startup Monthly’s Smart Money conference.

She answered questions like: ” What are capital calls?” “Where does money come from?” “How does  a venture capital fund work?” She also offered her personal perspective on investing — bear in mind that there may be some discrepancies among investors.

There is no shame in brushing up on the basics. Herron’s ultimate advice for entrepreneurs: “Never be ashamed to ask questions.”

Venture capital: How does money go in?

Venture capitalists receive 99 percent of total funding from limited partners: endowments, public venture funds, hedge funds, pension funds, and so on. Only one percent is invested by the general partners (for tax reasons and to ensure that limited partners feel that there is some “skin in the game”).

For this reason, general partners who haven’t made their millions yet will have small funds. In some cases, a star junior partner that is brought on will be given a loan by the firm.

It’s most important to understand that venture capitalists are answerable to their limited partners, and they will set expectations at the beginning of each fund cycle.

What is a capital call?

Also known as a “draw down,” this is a legal right of a firm to demand a portion of the money promised to it by its investors. In rough economic times, it is more difficult for some investors to come up with the cash they promised to invest in venture capital funds. Read more about the repercussions of limited partners’ defaulting here.

How is the profit shared?

Venture capital is repaid to limited partners before any profit is shared. Typically, 80 percent will go to the limited partners; 20 percent of the profit goes to the general partners. An individual venture capitalist’s share of the total general partner profit is called “carried interest.” New funds might offer a better split, while the most established firms might take a larger slice of the pie.

Fund cycles and staying in business

Most venture capital funds have a fixed life of 10 years, and the investing cycle for most funds is about three to five years — it’s a model that was pioneered by Silicon Valley firms in the 1980s.

After raising a fund, venture capital firms will spend three or four years seeding new companies, and then they will trickle down and stop. Around that time (the three or four-year mark in the fund cycle), they’ll begin looking to raise the next fund. “Firms need to always be in the market writing checks,” Herron explained. Venture capitalists should have the second fund teed up and ready to go once they’re no longer able to allocate from their current fund.

Got an innovative, albeit risky, idea? Early in the fund’s cycle, venture capitalists are far more prone to making gut calls. By the third year, they will be more conservative with deals in order to hedge the risk.

What if the market sucks? If it’s a down market, venture capitalists might sit and flood the market at a later date. Firms can stop making new investments; they simply won’t start the clock. It doesn’t start until they make a capital call. “By the fourth year, they start to get itchy,” said Herron. “For this reason, during the height of the recession I would often advise startups to hold on until 2010.”

In gold-rush times, here’s how VC trends affect you

Whether or not the market is going down, according to Herron, venture capital money still has to be invested. But be cognizant of the state of the industry — you’ll need to step up your game in shrinking funding markets.

Any basic startup or venture capital questions you’d like to have answered? Let us know!