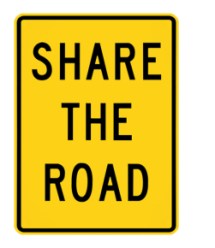 Car sharing website Getaround announced a large seed round of $3.4 million today from a number of investors including the recently publicized CrunchFund.

People are loving the “what’s mine is yours” mentality stemming out of popular companies like HomeAway, Airbnb, Getaround and others. Now, recognizable investors getting in on the action. According to TechCrunch, this round was oversubscribed with investors like Netflix founder Marc Randolph, and WordPress creator Matt Mullenweg throwing cash into the pot. RelayRides, a direct competitor to Getaround, recently raised $3.6 million from Google Ventures.

Getaround allows anyone to sell access to their car in a similar style to Zipcar. You choose how much you would like to charge per hour and when the car is available. Then renters sign up for a specific slot of time. Getaround takes a 40 percent cut of the profit. You can list your car on Getaround as long as it is no older than 1995 with less than 150,000 miles on it, has maximum capacity of 8 people, is a private passenger vehicle and, entertainingly, has four wheels or more (yes, it does specify this). Horsepower requirements vary.

The investment in Getaround is one of the first for founder of TechCrunch Michael Arrington’s CrunchFund. The $20 million fund

was started only this month and has already stirred media up, discussing conflicts between TechCrunch and CrunchFund, as well as Arrington and his former employer AOL. AOL and a number of other well known venture capitalist firms such as Kleiner Perkins Caufield and Byers, Sequoia Capital and Greylock Partners are involved in the new fund.

Getaround launched at TechCrunch’s Disrupt conference in May. Other investors in the round include Powerset founder Barney Pell, Redpoint Ventures and General Catalyst. The service is currently only available in California in San Francisco, Mountain View, Palo Alto, Berkeley and other Bay Area cities.