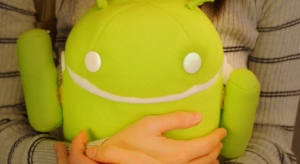 EU investigators have been reviewing the deal for some time, but they are suspending that review to gather more information about the proposal and determine whether or not such an acquisition would harm competition between manufacturers of Android smartphones and other devices.

“The European Commission has asked for more information, which is routine, while they review our Motorola Mobility acquisition,” a Google spokesperson told VentureBeat in an email. “We’re confident the Commission will conclude that this acquisition is good for competition and we’ll be working closely and cooperatively with them as they continue their review.”

The EU officials reviewing the deal had set a provisional deadline of January 10 for their decision. It is now uncertain whether that deadline will be met.

The acquisition is also being reviewed by U.S. authorities. The U.S. Department of Justice has not offered any preliminary indications of whether or not the deal passes muster.

While some people, including a few VentureBeat staffers, have doubted whether Google can be fair to other equipment manufacturers while maintaining ownership of Motorola, Google says the survival of Android depends on that kind of fairness.

In its arguments in favor of the merger, Google says anti-trust behaviors are impossible if the company plans to keep the Android ecosystem alive and competitive. As the deal is currently structured, Motorola Mobility would operate as a completely separate entity from Google and would only receive the same access to Android OS builds that other manufacturers, such as Samsung and HTC, currently have.

The main motivation for the acquisition is related to patents: Android and Android-using cell phone manufacturers are currently under a sustained volley of lawsuits over the operating system itself. At the start of these lawsuits, Google held fewer than 1,000 patents. For contrast, Apple, Microsoft and other companies suing Google and its partners have somewhere in the range of 20,000 to 40,000 patents each.

Motorola Mobility holds roughly 17,000 patents, many of them pertaining to very early cell phone technology. The company also has an additional 7,500 patents pending approval. Having access to such a treasure trove of legal gold would certainly help Google sustain its mobile operating system through these trying times.