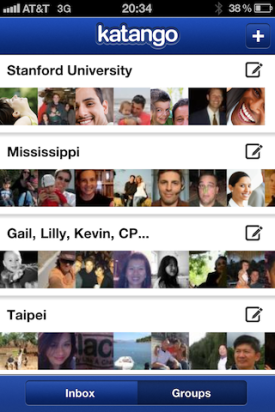 Would Google+ be a better social network if it were capable of auto-sorting your contacts into Circles? We might soon find out, because Google has acquired Katango, a maker of technologies to auto-organize friends into groups.

“Katango was founded a little over a year ago to develop social algorithms that improve people’s online social interaction,” the startup announced on its website Thursday. “We’re excited to join the Google+ team and carry on fulfilling that mission.”

Yee Lee, Katango’s VP of product, also posted a similar update to Google+. TechCrunch was first to report the story. Terms of the deal were not disclosed.

The acquisition is of particular interest for a few reasons, the obvious one being that Google+ is now better positioned to compete with Facebook and its Smart Lists.

But there’s more going on here, because Facebook is actually an investor in Katango. To understand what happens, you need to rewind to about a year ago.

On October 21, 2010, Facebook summoned the media to a press conference at its Palo Alto headquarters. The event introduced the world to sFund, a $250 million fund to back social innovation. The fund is managed by Kleiner Perkins Caulfied & Byers, but Facebook said that it was contributing financing to the fund and guidance to sFund-backed startups.

The press event also heralded the arrival of CafeBots, the very first startup to receive funding — $5 million to be exact — from sFund. CafeBots remained stealthy and was later rebranded as Katango.

When Katango finally debuted in July 2011, it launched a group messaging iPhone application capable of sorting and organizing a person’s contacts by life stage or activity, and did so by hooking into the user’s Facebook address book. No surprise there, given Facebook’s investment in Katango.

Essentially, Google has acquired a startup with several direct ties to Facebook.

Could Google actually integrate Katango’s Facebook-based people-sorting algorithms into Google+? We put the question to Lee this afternoon, but he declined to comment. It strikes us as highly unlikely. Google has shown no interest in connecting its latest social networking experiment to Facebook’s populous social graph. It’s more likely that whatever algorithms Katango is using will be repurposed for Google+.

So, what will become of Katango and its technology? What does Facebook think about Google purchasing a startup it helped fund and develop? And did Facebook sign off on the deal?

All we know for certain is that Katango’s staff will join the Google+ team come Monday to work on improving Circles. Is it a win for Google? A blow to Facebook? Or just a strategic exit for Katango? Perhaps it’s all three.