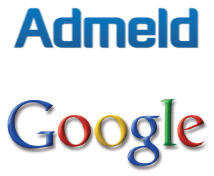 New York-based AdMeld, which launched in 2007, provides ad optimization services for web publishers. Its tools allow publishers to pull advertising from hundreds of ad networks, ad exchanges, and other sources, which allow them to see the most and least effective performing ads.

If acquisition news is true, it may signal that Google is interested in beefing up its own ad platform services, like AdWords and Analytics.

Advertising accounts for the majority of the search engine giant’s total annual revenue —  so, any effort to improve advertising is certainly in the best interests of the company.

Obviously, Google is impressed by the efforts of AdMeld, which hired former Myspace CEO Michael Barrett in 2009.

To date, the company has raised a total of $30 million from investors, which include Norwest Venture Partners, Time Warner Investments, Spark Capital and Foundry Group.

AdMeld has yet to make an announcement regarding the deal.