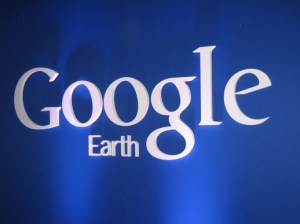 Google Earth is one of Google’s most intriguing projects. It’s a stand-alone program (not a web application) that shows our planet in 3D. But up until now, it might as well have been called “Google Dirt,” jokes Sylvia Earle, explorer-in-residence of the National Geographic Society and founder of the Deep Search Foundation. Her point is that Google Earth has neglected some two-thirds of the world — its oceans. But not any longer.

In unveiling Google Earth 5.0, Google now surveys the oceans along with the land. As Earle showed off during the press conference, you can go from a seagull flying over the sea to a dolphin underneath it. Google is now mapping the contours of the sea floor. It also includes data points with information about sea life and the sea itself, just as Google Earth previously had data about the rest of the world.

But that’s not all Google in unveiling in its new version of Google Earth. Also included are features called Historical Imagery, Touring, Google Mars 3D and GPS Tracking.

Historical Imagery is a way to view Google Earth imagery from different times. Former Vice President Al Gore was on hand to explain how the feature can show the melting of the polar ice caps and glaciers. Users can control this time view with a slider in Google Earth that moves you back and forth in time. 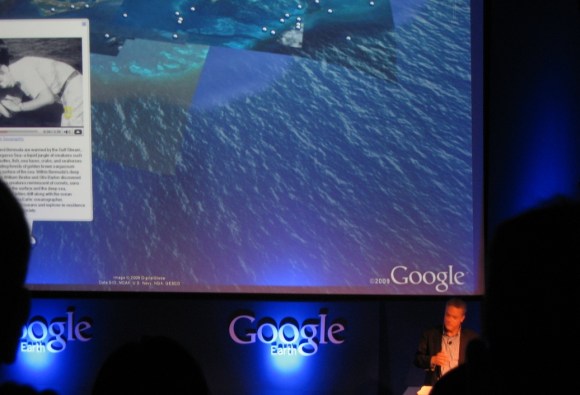 Touring is a feature that lets you record your own tours within Google Earth. You can use voice recordings and create content balloons on Google Earth imagery.

Finally, GPS Tracking is now available to all Google Earth customers (it was previously only for Google Earth Plus and Pro users). This feature lets you upload data from various GPS devices to Google Earth to retrace the steps you took on an excursion you made. On a related side note, I’m told that other Google services like YouTube can now support negative altitude geotags to correctly tag your pictures as being taken underwater.

Google Earth 5.0 is available now in 41 languages. Check out more pictures from the presentation, including Al Gore and Jimmy Buffett (who also performed at the event) after the jump.

Update: And here’s a video of Jimmy Buffett from the event. 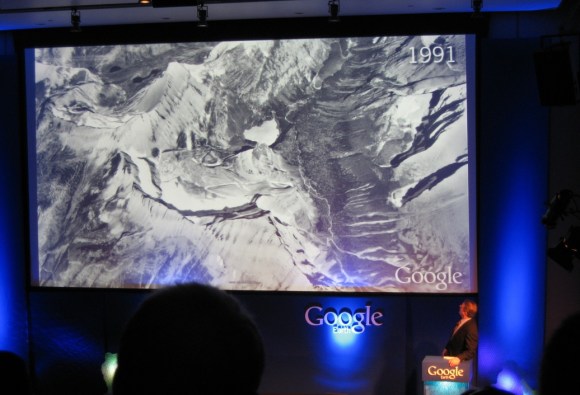 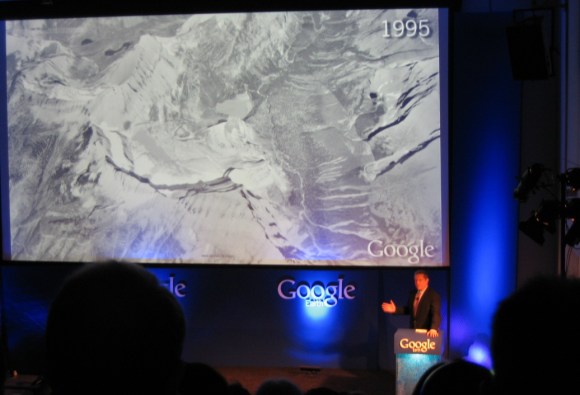 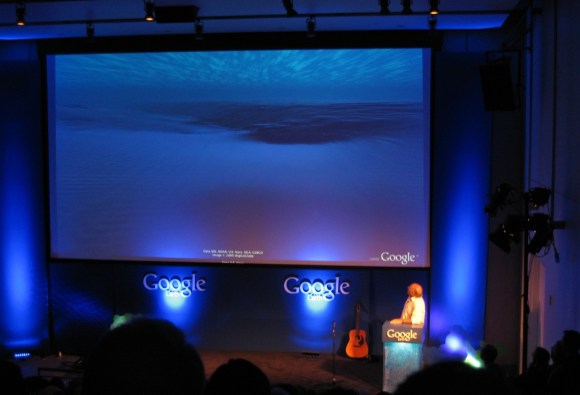 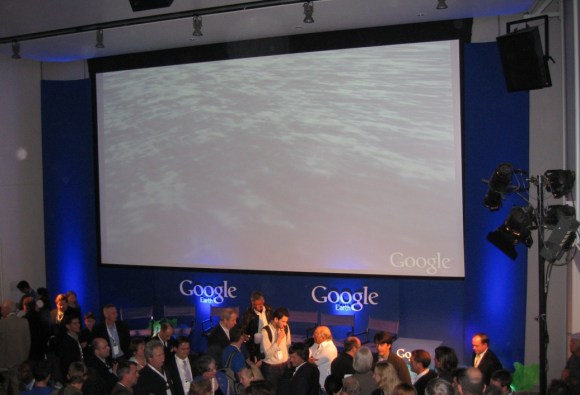 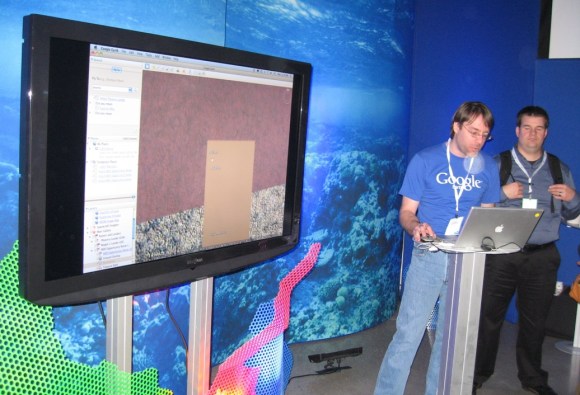