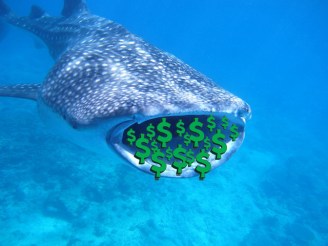 Just in time for Shark Week, Google Ventures has invested in coupon website portfolio company WhaleShark Media, with an unknown slice of the company’s $10 million round.

“Deals” has become part of our daily vocabulary. Entire companies, like Groupon, are created around an interest in saving a buck. WhaleShark Media is no exception and is growing readily to meet the demands of avid savers.

WhaleShark owns a suite of coupon and savings-related websites such as Deals.com, CheapStingyBargains.com, and RetailMeNot.com. The latter is claimed to be the biggest online coupon site in the world adding 1000 new merchants a day, according to its parent company.  WhaleShark Media makes money on these websites in part from commissions on sales along with advertising revenue.

Despite being profitable on its own with an expected 140 million unique visitors for this year, WhaleShark Media accepted funding from Google Ventures and plans to use it for a specific purpose.

“We are a portfolio of sites that we have acquired,” said Cotter Cunningham, founder and chief executive (pictured below), “We’re interested in making a series of other acquisitions.”

Cunningham would not provide many details on what kind of acquisitions, but did state that WhaleShark would “absolutely” make an acquisition in the next year. He also stated that the company would like to expand globally and will be considering international acquisitions.

As for the partnership with Google Ventures, it seems a bit of courtship was necessary.

“We met them when we were raising the $90 million [second round from Austin Ventures, Norwest Venture Partners and Adam Street Partners] in November,” said Cunningham, “They chose not to be in that round, but we stayed in touch and it kind of clicked.”

WhaleShark liked Google Ventures not only for its team and name, but also because of “value add” services such as user interface and recruiting consulting, which the company is already utilizing.

Cunningham worked most closely with David Krane and Karim Faris of Google Ventures, whom he described as “great guys”.

In a statement, Faris explained Google Ventures’ interest in the company. “WhaleShark exemplifies the key characteristics we look for in an investment — community-fueled growth and products that address a pervasive market need.” 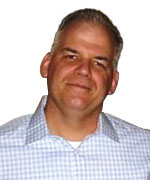 Cunningham also brought rental home database HomeAway’s chief executive, Brian Sharples onto WhaleShark’s board. HomeAway and WhaleShark have both received funding from Austin Ventures and are both located in Austin, Texas.

“He’s kind of done what we’re trying to do,” said Cunningham. “We’re asking him for advice around some of our acquisitions and expanding internationally.” HomeAway, which Sharples took public, has presence in many markets globally.

“He has also been fantastic thinking through hiring people and retaining them,” he said.

Currently, WhaleShark has 75 employees and is hiring. The company was founded in 2009 and has since had $133 million in funding to date. Investors include Adam Street Partners, Norwest Venture Partners, Austin Ventures and Google Ventures.