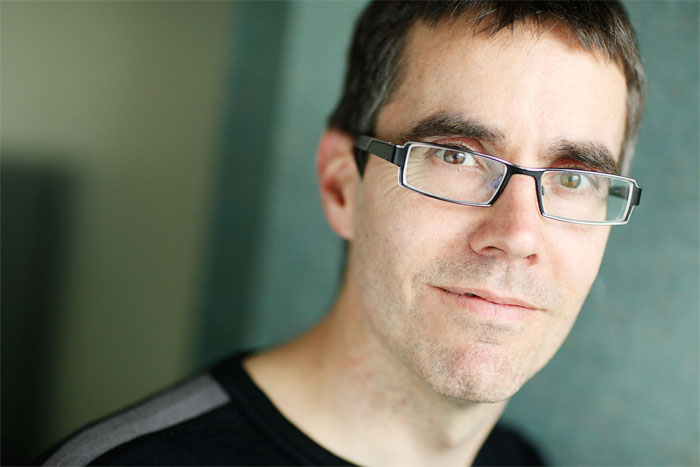 Joe Kraus isn’t just a Google Ventures partner. He’s also a poker player, and I think he knows that both pursuits involve a certain amount of gambling, regardless of how much skill you think you have.

“In poker, if my analysis doesn’t agree with my gut, I’ll usually go with my gut,” he tells me in his corner office in the Google Ventures building in Mountain View.

“As an angel investor, I made a bunch of one-meeting investments based on feeling. In the venture world, that doesn’t work. … You have a gut read in your first meeting, then you do all of this analysis, and it either confirms your gut or not.”

In our meeting, I wouldn’t have taken Kraus for a gut-feeling risk-chaser. As he speaks, he is incredibly thoughtful and deliberate. He’ll close his eyes, take a breath, introduce a pause in the conversation. I can imagine him in a board room or at a poker table the same way — deliberate, rational, always with a balance in his hand to weigh fact, emotion, ideas, timing, circumstance, and luck. Everything, every word, is measured.

His manner is a good match for the philosophies behind Google Ventures. It has a Googley provenance of big data-meets-brain trust, and its partners operate somewhat differently than other VCs I’ve met in Silicon Valley.

People walk around the venture world thinking they’re such good pickers. It’s like Lake Woebegone, where everyone thinks their children are above average.

Google Ventures is a separate entity from Google, Inc. It operates on the same campus but in different buildings, and while it pulls its talent and knowledge resources from the Google pool, it’s very much its own beast. The fund kicked off in 2009 with a goal of investing $100 million each year. Its known portfolio companies currently number 115; if you look for themes among them, you’ll find they range so widely across any criteria you choose that finding such themes is nearly impossible.

Aside from the Google connection, the firm and its partners are obviously different from anything else in their league in a few major ways.

For one thing, Google Ventures partners don’t really put as much emphasis on the almighty picker: the magic 8-ball in every VC’s back pocket that tells him whether or not a company is a good bet. Primarily because such a device doesn’t exist.

“Picking plays a role, don’t get me wrong. But people walk around the venture world thinking they’re such good pickers,” Kraus says. “It’s like Lake Woebegone, where everyone thinks their children are above average.

“We believe helping companies plays more of a role than most people give it credit for.”

And when Google decides it wants to help a young tech company, the resources it puts behind the effort are mammoth.

Working on artificial intelligence? Google Ventures will likely call one of its advisors, Peter Norvig, an AI expert who used to head up computational sciences at a NASA research center. If your startup is more about energy efficiency, the firm could tap Kenneth Davies to help out; he heads up Google.org’s clean-tech work and the company’s data center energy procurement. Google Ventures also has serial entrepreneur Don Dodge on its list of advisors. It can call up the best of the best hackers, open-source activists, data scientists, you name it.

Part of that is Kraus’s fault. His wiki company, JotSpot, was acquired by Google in 2006, and by 2009 (the year Google Ventures began), he was ready to cash out and go start a new company. In fact, he had a spreadsheet of all the other Googlers he wanted to poach for his next startup.

Instead, Google convinced him to help get Google Ventures off the ground, and his dream-team spreadsheet ended up becoming his first stop for recruiting new Google Ventures team members, people he considered as the best Google had to offer in marketing, design, engineering, and so on.

We’ve all heard those great stories about well-connected angels and VCs making incredible introductions and changing the course of a young company’s fate. But that effect is multiplied many times over for Google Ventures.

“The No. 1 resource is our networks,” says Carrie Farrell, the GV team’s recruitment chief. Farrell spent the better part of a decade fine-tuning Google’s own recruitment process, and in an industry where finding and hiring engineers and designers has practically become a contact sport, she brings some of the most valuable secret sauce of all to the Google Ventures goulash.

“The value-add is immediate,” she said. Looking for a Java developer? “We can give a founder 50 Java resumes in a day.”

“Our biggest problem was recruiting,” said another Google Ventures partner, new kid on the block Kevin Rose. His last company, Milk, had closed a round of funding when it hit a hiring snag.

“We’d had an open spot for an engineer for four or five months, and we just couldn’t fill it,” the Digg founder said. “The candidate flow we got [from Google Ventures], you don’t see that at other VC firms. It was unique enough that I decided to open our round up again.”

That kind of power helps a Google-backed company hire its first five employees and then teach the founders how to hire their next 20. The Google Ventures team keeps a close eye on culture to ensure candidates are a good fit for the growing startup, while prevetting design and engineering candidates with veteran Googlers.

Farrell is just one of the all-stars working on the Google Ventures team. Adam Ghobarah is another. A stats Ph.D with a penchant for big data, his presence saves these startups from having to hire a Ph.D of their own “to tell them where the million-dollar mistakes are.”

After all, he said, “You don’t always need a Ph.D to get value out of the data. But these are complicated things, and it helps to have experience.”

Ghobarah said it’s a “dirty secret in the data community” that the quality of data in these big data sets falls apart due to the way it’s gathered by sensors, server logs, and other machines. “You end up finding patterns that aren’t really there.” But he also says that data quality and insights from the info can prevent startups from flashing in the pan, so he and his big-data cohorts work with 100 percent of the firm’s portfolio companies.

As I learn through spending more time with more Google Ventures folks, this is the firm’s method: Do a lot of hands-on, teach-a-man-to-fish work with founders; dig deep into everyone’s vast networks to get the best help that can be found; and keep pumping time and effort into the portfolio companies, willing them to succeed and generate a return for the firm.