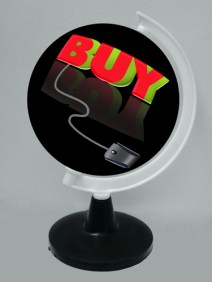 Google paid $151 million in cash for restaurant review company Zagat, only one of the 54 acquisitions the company made in the first nine months of 2011.

The numbers were revealed in a quarterly report submitted by the company to the Securities and Exchange Commission.

In order to become more vertical, Google snaps up relevant companies around it, often supplementing programs or products already in the Google roster. Most recently, Google purchased German site DailyDeal for its Google Offers program, along with Motorola for its Android and mobile programs. The company acquired Zagat in September, immediately integrating assets from the company into Google Maps to enhance reviews on its business pages. At the time of the announcement, terms were not disclosed.

According to the quarterly report, DailyDeal was purchased for $114 million in mid September. Google bought the company after a rejection from Groupon, which Google offered $6 billion in late 2010 to be absorbed. Though Google had its own deals program, Google Offers, acquiring DailyDeal meant reaching international grounds since DailyDeal served Germany, Austria and Switzerland.

Motorola was picked up for approximately $12.5 billion in an obvious effort to introduce hardware to the Android system. Introducing Motorola to the Android game makes Google more able to control the entire mobile ecosystem, similar to Apple, which created its own mobile operating system, mobile app marketplace and phone hardware from the very beginning.

In total, Google’s 54 acquisitions in the first 9 months of 2011 cost roughly $502 million in cash. The Motorola deal is still subject to closing conditions. If Google fails to meet certain regulatory requirements and is forced to terminate the merger deal, it will have to pay Motorola a fee of $2.5 billion. The company expects to complete the deal by the end of 2011 or early 2012.