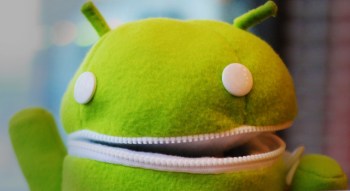 Regulators had put the deal on hold in both the U.S. and EU pending investigation for possible antitrust issues.

“We’re happy that today the European Commission approved our proposed acquisition of Motorola Mobility, which we announced in August,” wrote Google VP and deputy general counsel Don Harrison today on the company blog.

“This is an important milestone in the approval process and it moves us closer to closing the deal. We are now just waiting for decisions from a few other jurisdictions before we can close this transaction.”

The proposed deal put a $12.5 billion price tag on the Motorola property. Motorola also introduced a hefty $2.5 billion breakup fee, showing that company’s concern that the deal might not get through federal regulators.

Officials with the U.S. Department of Justice and other international governing bodies were initially given pause by Google claims that, even after the acquisition was complete, Motorola would not be given unfair advantages, such as early access to the Android codebase, over other Android handset and tablet manufacturers.

EU regulators halted the acquisition process in December 2011 when officials asked for more time to conduct a thorough review of the deal.

However, Google has proven — at least to EU officials — that it is in the company’s best interest to carefully skirt any antitrust activities in order to maintain the peace in the Android ecosystem while gathering the legal stockpile of patents necessary to protect Android manufacturers from the myriad lawsuits in which many are currently embroiled.

Rumors are swirling that the Justice Department may approve the acquisition as soon as this week, but for now, those rumors have yet to be confirmed.