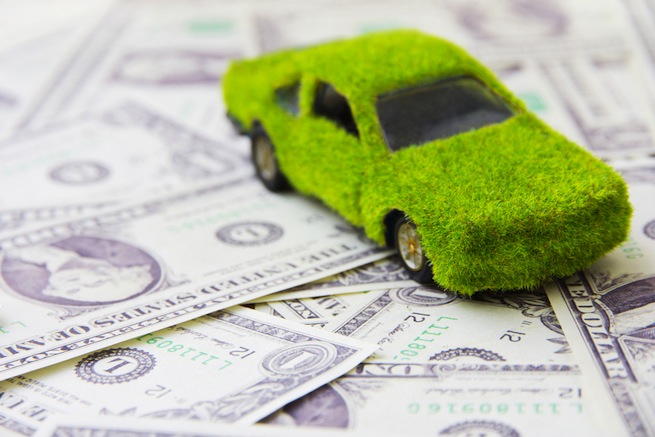 Between 2006 and 2007, cleantech and greentech emerged as hot terms in the investor vernacular. Startups focused on big-picture energy needs, including solar and wind power, pulled in huge investments, thanks in part to the rising price of oil. Government initiatives, along with venture capital, helped these companies grow quickly.

“Most of the investments were in energy production, focusing on increasing energy supply,” said Physic Ventures partner Andrew Williamson in an interview with VentureBeat. “These were capital-intensive investments in mostly solar, wind power, and biofuel commercial and industrial startups.”

But the demand for revolutionary energy technology startups has fizzled in the last few years. Solar production moved to China, and lower costs undermined United States manufacturing. The 2008 economic collapse hurt many industries, including greentech. After the famous Solyndra bankruptcy in Fall 2011, public opinion of solar and other large-scale energy technology slumped and new companies in the field have struggled to raise capital.

“The solar space as a whole is so depressed and troubled,” Pangaea Ventures partner Keith Gillard told VentureBeat.

Since the 2008 recession, venture capital firms have refocused their funds away from solar and onto different areas of greentech. Physic Ventures has found success investing in consumer-focused green technology startups, as well as startups applying green principles to already viable technologies, such as cloud, mobile, and social.

Startups that take the latter approach have gained VC firms’ attention because their more-familiar business models can set them up for successful exits, says Williamson.

While solar and wind energy funding activity has slowed down, electric vehicle investments have remained steady throughout the years.

“If you can have an electric vehicle where people don’t have range anxiety, the ultimate market impact will be enormous. There is a particular value for EV startups, because there is urgency and pressure in the market,” says Gillard.

In addition, startups developing longer-range batteries for electric vehicles have done well in raising capital, as well as generating revenue. People want electric cars that can travel as far as the gasoline-powered variety, and that means car makers need better batteries. Pangaea Ventures has invested in two battery and energy storage companies, Envia and CNano.

Greentech funding will go on

Even though it has slowed down, greentech funding isn’t dying. Goldman Sachs announced a $40 billion fund for greentech investments, mostly earmarked for overseas energy companies. A few solar companies are still doing fine, too. Nanosolar, a company that prints ultra-thin solar cells on aluminum foil, recently closed a $70 million round.

But many of the big-name VC firms that invested in greentech several years ago have scaled back their efforts. Kleiner Perkins Caulfield and Byers, which once threw a lot of money at greentech startups, wouldn’t comment on the current state of its green investments for this article. However, KPCB still hands its hands in the game. For instance, the firm invested in alternative home electricity company Gen110 and electric-car charging company Coloumb Technologies in May, 2011.

Khosla Ventures, another leader in greentech investments, recently put its funds toward energy storage startup Liquid Metal Battery Corp. And in early June, it also invested in Climate Corp, a company that insures farmers against climate-change weather problems that can destroy crops.

While investors see the value in renewable energy, many have preferred to place their bets on more sure short-term payoffs in the social and cloud spaces. It’s hard to argue with lucrative exits like Success Factors or viral hits like Pinterest.

But in the wake of Facebook’s troubled IPO, it’s possible that the “easy money” won’t seem quite so easy any more. That might lead more investors to put their money into greentech companies that promise sustainable growth even without a viral network effect.