In a period when venture capital investment seems to be flowing like champagne at an oil tycoon’s yacht party (though perhaps not for much longer), Grindr is a refreshing exception — and, arguably, a beacon of hope for tomorrow’s startups.

That’s after “nearly seven years… of self-funded [growth],” he said, highlighting Grindr’s bootstrapped road to success. I am certainly not the only one interested in this extraordinary journey. 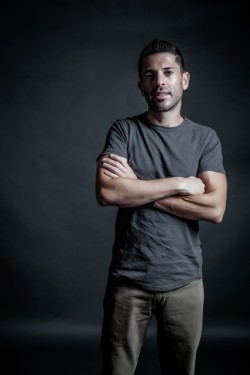 “For nearly seven years, Grindr has self-funded its growth, and in doing so, we have built the largest network for gay men in the world,” Simkhai said.

Speaking to the challenges inherent in this less-traveled road, he said, “Most importantly, none of this growth and change would have been possible without the hard work of our Grindr employees and partners, who have made so much happen in just under seven years, and keep me inspired every day to keep growing our brand.” (One other notable executive gave a big nod to employees this week.)

Grindr now clocks two million daily active users across 196 countries and generated $32 million in revenue in 2014, representing a year-on-year growth of nearly 30 percent. Incredibly, users spend an average of 54 minutes on the app per day.

Kunlun’s chairman, the 38-year-old Zhou Yahui, is estimated to be worth $1.7 billion, according to Bloomberg.

Simkhai stayed humble regarding the investment: “We have taken this investment in our company to accelerate our growth… It will generally be business as usual for us here at Grindr, but with a renewed sense of purpose and additional resources.”

However, as both the BBC and AFP point out, Los Angeles-based Grindr has not specified whether it plans to introduce its app in China, where homosexuality was officially classed as a psychiatric disorder until 2001.

Some tech industry commentators, including Josh Horowitz over at Quartz, argue that by investing in Grindr, Kunlun is “following in the footsteps” of fellow Chinese Internet companies, including Tencent (owns stakes in Snapchat) and Alibaba (funded mobile messenger Tango).

Despite the cash and strong growth numbers, dating apps like Tinder and Grindr still face challenges.

This week, we learned that in England and Wales, reports of crimes (including rape) tied to both apps have increased sevenfold in two years. That didn’t stop both apps being among the most-used at CES last week, however, alongside the likes of Facebook Messenger, Twitter, and Snapchat.

With venture capital possibly slowing, it may be time for more startups to follow Grindr’s example and get bootstrappin’.

Today on Grindr. DEAL OR NO DEAL! pic.twitter.com/KkodbTpjay