Grand Rounds, a digital health startup that connects patients with expert physicians, has taken a large, $55 million late-stage funding round.

The round was led by a new, unnamed mutual fund investor, while existing investors Greylock Partners and Venrock participated. Grand Rounds CEO Owen Tripp told VentureBeat Wednesday that the new round brings the company’s funding total to $106 million.

Tripp said Grand Rounds has barely tapped into the $40 million funding round it took last year, but will use the new money to expand its tech platform, care team, and analytics platform.

Grand Rounds pairs patients with physician experts who are uniquely qualified to help them. It could be a physician across town or across the country.

“We provide patients the technology and information they need to make informed health care decisions, and comprehensive support from a physician-led care team,” Tripp said. “In an era of payer/provider consolidation, consumer-directed health plans and narrow networks, we empower patients and remove barriers to their care.” 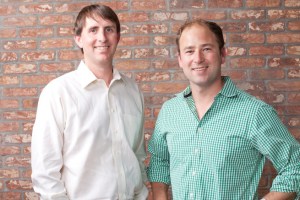 Part of the reason Grand Rounds is growing is because it’s proving that it can improve outcomes and reduce cost and waste.

“The U.S. spends over $40 billion annually on spinal surgeries alone — that is nearly a third of federal education spending,” said Bryan Roberts, partner at Venrock, which invested in Grand Rounds early on. “If these patients received a Grand Rounds consultation as part of their decision-making process, we could save $24 billion in avoidable procedures, not to mention the associated complications and diminished quality of life.”

The fact is, physicians’ first opinions are very often wrong. Tripp cited research indicating that when expert physicians examine first opinions by non-specialist physicians, the opinion or diagnosis (or both) is wrong in 67 percent of cases. “That is an information technology problem,” Tripp said.

The natural question after a large third round and a funding total north of $100 million is what sort of an exit might be ahead. One possible eventuality, of course, is an IPO.

“It’s never been my passion in life to become a public company,” Tripp said; he’s more interested in matching patients with their perfect doctor on a large scale. Still, Tripp acknowledged that his company’s trajectory might well lead to the public markets at some point in the future. It could be in the near future.

The San Francisco-based company offers three main products. Grand Rounds Opinions lets patients get a second opinion on a diagnosis or treatment plan from some of the top specialists around the country. Grand Rounds Office Visits is a referral service that pairs consumers with the top physicians in their area and sets up an appointment. Grand Rounds STAT allows people hospitalized for a serious illness to connect their doctors with top medical specialists around the country to discuss diagnoses and treatment plans.

Grand Rounds was founded in 2011 by Tripp and cofounder Lawrence “Rusty” Hofmann, MD.