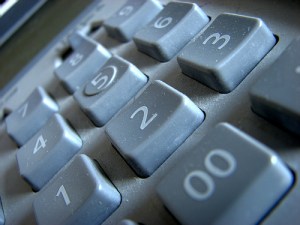 Deals site Groupon will be updating its S-1 filing yet again to remove an unusual accounting measurement, according to an article by AllThingsD.

ACSOI, or adjusted consolidated segment operating income, is a metric Groupon used to show income while excluding certain expenses such as marketing. The unusual measurement raised eyebrows, since it is not a standard measurement utilized by most public companies’ accountants. The practice was a faint echo of novel metrics used during the height of the dot-com craze, such as “eyeballs” instead of revenue.

According to AllThingsD’s unnamed sources, Groupon could amend its filing as early as Monday.

Currently the filing reads, “We believe Adjusted CSOI is an important measure for management to evaluate the performance of our business as it excludes certain non-cash expenses and discretionary online marketing expenses that are incurred primarily to acquire new subscribers.”

Groupon was recently under fire for comments by executive chairman Eric Lefkofsky, resulting in a change to the filing.