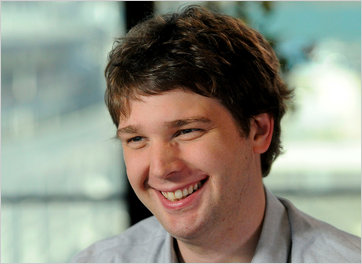 The acquisition is thought to be a talent grab. The Campfire Labs team includes Sakina Arsiwala, Sebastian Heycke, Shruti Challa and Naveen Koorakula.

Campfire co-founder and engineer Arsiwala was previously YouTube’s Head of International at Google. Before that, she was a product lead for Google search, and she kicked off her Silicon Valley career with a three-year run at Altavista followed by a two-year stint at Yahoo.

Koorakula, also a co-founder, worked at Yahoo during the same time period as Arsiwala. His primary expertise was in search technology engineering. He was also on the founding team of Powerset, the super-hyped search startup that was acquired by Microsoft mere weeks after its launch.

Both co-founders have master of science degrees in computer science. Heycke is a design guy, and Challa is the startup’s marketing and business development arm.

So, what does a startup composed of search gurus have to do with Groupon?

According to the company’s self-description, its team “wants to change the way people think of social interactions in the real world and online…

One of the startup’s early products was released last fall at Kenyon College. Called Slice, it integrating with existing social networks and web-based tools, including Facebook and email, to help students organize their connections and interactions from a central location.

It’s unknown how or whether Campfire Labs’ technology will be integrated into Groupon’s current or future offerings.