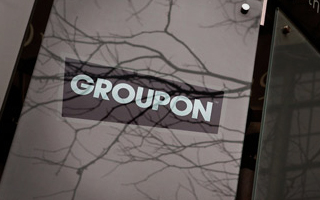 After months of hemming, hawing, adjusting statements and balking at the closing IPO window, the company will offer its shares for public trading. They will be listed on the Nasdaq under the symbol GRPN.

Groupon hopes to set the share price between $16 and $18 and is attempting to raise around $621 million. This fundraising will leave the company valued at $11.4 billion, down from an already reduced $12 billion estimate yesterday. Previously, sources close to the deal had estimated the company’s valuation to be between $15 and $20 billion.

The investor-pitching roadshow, previously delayed due to earlier months’ market turbulence, will start after the weekend.

Over the summer, the startup was “swimming in cash” and filed for an IPO in June. Just one month later, the company had to amend its SEC S1 paperwork to show $102.7 million losses for the first half of the year.

A couple weeks after that, rampant market volatility began to have a negative impact of the stock prices for recent IPOs, and the IPO window for still-private companies seemed about to close. A record number of IPOs were delayed during the initial volatility, and other companies raised far less than they had anticipated.

Groupon is also dealing with a class-action lawsuit brought by employees. Also in the news, and likely to affect stock prices, we’re reading multiple reports that the service’s daily deals might not be such a great deal after all, and many local small and medium sized businesses are famously saying Groupon isn’t great for business.

However, the company’s Q3 revenue rose 426 percent year over year, from $82 million to $430 million. And if investors are seeing dollar signs, especially over the course of the roadshow, we can expect to hear some good things about the IPO in a couple of weeks.