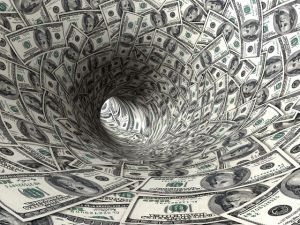 It’s official: Groupon makes a ridiculous amount of money. In fact, it makes more than enough to reject Google’s offer, worth somewhere between $5 billion and $6 billion, to buy the daily-deal company.

Groupon has reportedly called off the massive buyout offer from Google and apparently makes $2 billion in revenue year, according to a number of reports. The reports also indicate the site could file to go public next year.

The daily-deal space has exploded thanks to sites like LivingSocial and Groupon. Both Groupon and LivingSocial, as well as a host of imitators, now offer deeply discounted offers for services, meals, and group activities from local merchants that have previously struggled to reach new customers online. The sites make money by convincing businesses to offer steep discounts, then selling those discounts directly to consumers and picking up the difference.

Both of those sites are living large right now. Groupon is the king of the hill, based on a recent Experian Hitwise blog post that showed that Groupon received 79 percent of U.S. visits among 81 group-buying sites last week. It was valued at over $1 billion following a large round of funding in April. LivingSocial also recently confirmed an earlier VentureBeat report that it was receiving an investment from Amazon worth $175 million.

AllThingsD reported a few weeks ago that Google and Groupon were in talks, which sparked countless follow-up rumors. We argued that the Google-Groupon deal would inevitably be bad for the daily-deal provider because it would rip the human element right out of the service. Deal sites have grown because they have a human touch. The sites rely on local salespeople, who solicit merchants, and city planners and writers who curate deals and market them with old-fashioned well-written emails.

This would be the second time Groupon has rejected a massive offer from a search giant. There were reports that Yahoo tried to purchase Groupon for as much as $4 billion, after rumors from earlier this month that the deal site was after more funding that would value it at $3 billion. And it’s also the second time Google has failed to pick up a potential daily-deal site in as many years, after it failed to buy Yelp last year.